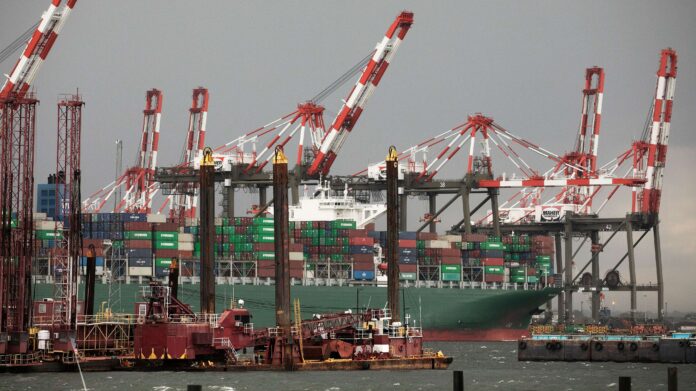 WASHINGTON: The US trade deficit surged in April as the Covid-19 pandemic upended the global flow of goods and services, pushing exports to a 10-year low.

The Commerce Department said on Thursday the trade deficit jumped 16.7pc to $49.4 billion. Economists polled by Reuters had forecast the trade gap increasing to $49.0 billion in April.

Global lockdowns to slow the spread of Covid-19 have severely disrupted the movement of goods and services between countries, leading to sharp contractions in economic activity. Gross domestic product in the United States declined at a 5.0pc annualized rate in the first quarter, the steepest pace of contraction in output since the fourth quarter of 2008.

Travel restrictions weighed on exports of services, which resulted in the surplus on the services account narrowing to $22.4 billion, the smallest since December 2016.

The import number has been shrinking as the United States waged a trade war with China. A sharp reduction in crude oil imports has also been a factor, with the United States becoming an oil exporter last year. The country posted a record $3.2 billion petroleum surplus in April.

MUMBAI: India needs at least four or five banks of a size matching its biggest lender, the State Bank of India, to meet the...
Read more
- Advertisement -