Is Bol TV guilty or only a victim of media politics? 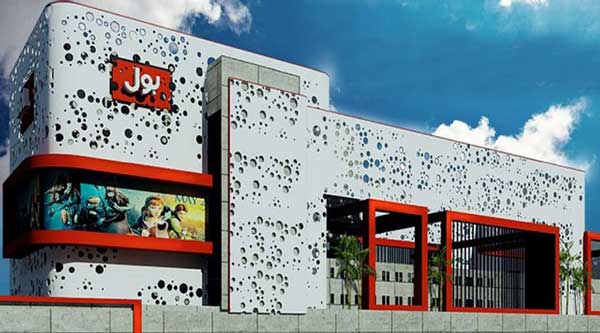 KARACHI: In three separate lawsuits filed with the Sindh High Court, Labaik Pvt Limited is being sued for a collective $16 million for violation of Section 22 (1) of the Electronic Media (Programmes and Advertisements) Code of Conduct, 2015.

As a parent company to a diploma mill and BOL TV, Labaik Pvt Limited is facing charges from the two most powerful men in Pakistan’s advertising industry and one of the largest advertising agencies. The suits are in response to what appear to be three separate hit pieces aired by BOL TV on February 3rd, March 5th, and May 20th.

“As far as the damages are concerned, its practice here to usually quote this unrealistic amount,” said Fahad Sultan, Barrister-at-law at Sultan&Sultan. “But this amount is not awarded usually because you have to substantiate and break down the damages which you are claiming. Courts don’t award that much because people can not show that they have actually incurred  such losses due to defamation. Courts do award them damages, however, they are much less than the actual amount claimed.”

Sources shared that BOL TV aired the alleged hit pieces after years of failing to secure advertising business from GroupM, Z2C, and Blitz Advertising, with the agencies unwilling to do so due to the strained relationship between BOL TV and both Pakistan Electronic Media Regulatory Authority (PEMRA) and Pakistan Broadcasters Association (PBA).

“Kantar does not carry [BOL network] ratings, hence the channel cannot get business out of these agencies,” a media auditor told Profit. “There is no justification [to clients] when the channel is not on Kantar – ratings is the first step for a channel to be selected in a media plan.”

In addition, media planners while talking to Profit claimed that the connection between BOL TV and an ousted diploma mill is still a cause of discomfort for decision-makers in the industry, with the channel repeatedly violating PEMRA guidelines for alleged hate speech, defamation, questioning religious beliefs, and vulgar content. As such, international and local advertisers are allegedly hesitant to advertise with a channel that lacks the endorsement of PEMRA and PBA, and airs content that potentially violates brand safety protocols – which the CMO Council says can result in brands being guilty-by-association.

Shortly after PEMRA revoked licenses for both BOL TV and BOL Entertainment in 2017, all other TV channels decided to print ads of PBA in their own group newspapers across Pakistan detailing the list of charges against BOL TV and Labaik Pvt Limited.

Earlier this year, BOL TV was fined Rs1 million, after the host of a BOL TV programme engaged female contestants with “inappropriate and vulgar conversation.” The Islamabad High Court banned the programme from airing again and barred the host from being assigned any future roles.

Advertisers alleged that such repeated violations of brand safety standards, refusal to cooperate with the industry’s trade body, and reluctance to adhere to the regulator has meant that media planners are expressly asked to remove all broadcast and digital channels under Labaik Pvt Limited from consideration during the creation of media schedules.

Seasoned media planners told Profit that the first step for BOL Network to be considered for media plans is to be rated by Kantar, whose software is used by MediaLogic. With decades of relationships built with the ARY, GEO, and HUM TV, industry spectators said that BOL has no chance of breaking into the market without the blessing of the big three.

Sources shared that after rejecting the low ratings tabulated by MediaLogic pertaining to BOL TV and BOL Entertainment, Labaik Pvt Limited in mid-2017 launched MediaVoir, its own media ratings and rankings company, positioned as providing accurate television viewership data and trends. Comparing itself to Media Bank, The Media Trackers, and MediaLogic, the rating agency claims to offer accurate results and greater insights at a lower price.

According to PEMRA, MediaVoir is PEMRA Accredited TV Rating Company alongside MediaLogic, Breeo International, The Media Trackers, and Din Industries. One of the requirements for eligibility from PEMRA is that applicants must not be holding, directly or indirectly, any broadcast media license or a landing rights permission from the authority, which evidence suggests is violated by MediaVoir due to its connections with Labaik Pvt Limited.

The connection between Labaik Pvt Limited and MediaVoir is evidenced by repeated attempts to prop up shows operated across the BOL channel network. On Linkedin, the three profiles that mention MediaVoir, claim to have worked on the project while working at BOL TV.

Shortly after the channel was announced  BOL TV published a press release in 2015 alleging that a cartel of TV channels was collectively conspiring against the network. That BOL was able to lure away key employees of competing channels, including talent behind the camera, was the beginning of what the Labaik Pvt Ltd network believes “a coordinated smear campaign against the disruptor”.

The press release names and blames former executives of the Jang Group, Pakistan’s largest media group, for using guerilla tactics to defame the network in its infancy and for publishing – what BOL refers to as – baseless op-eds that would raise suspicions on the channel’s origins and intentions. The release includes a statement from the Intellectual Property Organization (IPO) of Pakistan that disproves claims by the Independent Media Corporation (IMC), the parent company of the Jang Group, over ownership of the BOL trademark. The fact-finding report from the IPO concluded that the certificate of registration submitted by the IMC was unsigned and was the result of forgery.

BOL concludes that the above are documented instances wherein the IMC has either tried to dissuade advertisers and agencies from offering the Labaik Pvt Ltd network any business or tried to create hurdles for the channel to operate. BOL’s defiance of the PBA and PEMRA is also believed to be part of its conclusion that the trade association and regulator are working in tandem with the IMC.

Meanwhile, talking to Profit, a senior media official argued that no private advertising agency or media buying house, or any other unofficial body, should have the authority to manipulate the market. “PEMRA should be the sole authority to take action against any media organization it deems unfit. If PEMRA has allowed BOL to operate then what right does an advertising agency have to ban release of advertisements to the channel. Stopping advertisements on flimsy grounds is a bad precedent and can also be used by outside powers to curb the freedom of the media.”

Talking to Profit, Sultan shared that there are two forms of defamation, Criminal under Section 499 PPC and Civil under the Defamation Ordinance.

“For [the] criminal section one has to prove that the person ‘intended’ to defame the person, while in civil even negligent statements would suffice, as long as there was defamation and its published,” he said. “Now as a defendant, you have certain defences to such a claim. Either you reject it at all, saying you didn’t do any ‘libel’ or ‘slander’ or you say that it’s a fact/truth, in that case freedom of speech is also going to play its part.”

As per the High Court of Sindh case directory, several defamation cases have been filed against TV channels by businessmen and politicians, with unclear outcomes based on public data. The latest suit comes from Roshan Ali Kanasro and Waliullah Bhutto against Abb Tak News TV Channel for a report alleging that the Manzoor Kanasro, the Director General of Cultural Department and his brother director Roshan Ali Kanasro have acquired foreign properties of billions of rupees through money laundering using a contractor named Waliullah Bhutto. Sultan said that the in-house legal teams at media houses are either dealing with notices from PEMRA, trademark infringement notices, or with these defamation notices.

“Most of these cases don’t usually go on till the end of the trial to get a judgment. If the defendant feels like they have made a mistake and don’t want to pay the lawyers and/or risk their reputation by fighting it out in court they usually settle it outside the court,” he added.

Sultan said that the burden is on the plaintiff to prove that the loss in revenue incurred was ‘directly attributable’ to the defamation, however, the loss of goodwill is very difficult to quantify.