Govt devises strategy to restrict use of foreign satellite systems 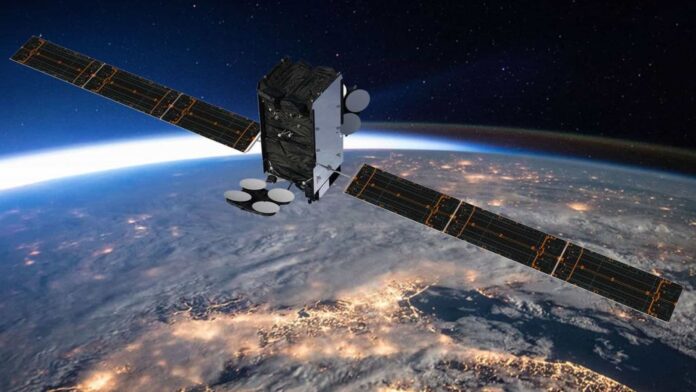 ISLAMABAD: The Pakistan Tehreek-e-Insaf (PTI) government has decided to restrict/prohibit use of foreign satellite systems and devised a strategy to promote use of local satellite systems, which has the potential to raise $600 to $700 million till 2030 for the National Space Programme.

According to sources, the National Command Authority (NCA) headed by Prime Minister Imran Khan has already approved the National Space Programme. They said that total satellite capacity usage at present in Pakistan was approximately 2200 MHz, out of which 21 per cent was on Pakistani satellites and rest on foreign satellites.

In financial terms, a minimum of $35 to $40 million per year is going out of the country and default of users of Pakistani satellites, in the absence of regulations, has piled up to $22.48 million (Rs3.5 billion).

Countries around the world, like India, China, and Bangladesh restrict or prohibit the use of foreign satellite systems, granting regulatory and financial protection to their own space programme, sources added.

Sources said that the prime minister earlier constituted an inter-ministerial committee under the chair of federal minister for information technology and telecommunication, to come up with an agreed framework and furnish recommendations.

After detailed deliberations, the committee has recommended adoption of policy measures to maximise use of national space assets deployed by Space and Upper Atmosphere Research Commission (SUPARCO)/Paksat International for satellite services in Pakistan in national and financial interest, they added.

They also said that the premier, after perusing the recommendations of the committee, has directed that Ministry of Information Technology and Telecommunication, in consultation with Strategic Plans Division (SPD), Pakistan Telecommunication Authority (PTA) and other stakeholders, to develop policy options with clear recommendations and present the same before federal cabinet along with an analysis of some key points.

Based on the recommendations of the committee, draft policy directive for provision of satellite services in Pakistan has been developed and this policy directive would then enable the concerned ministries/divisions to process actions related to them in accordance with relevant government enactments, said sources.

According to sources, the SPD had earlier initiated a summary for the prime minister in March 2019 to address voids, regulatory and financial issues related to sustainability for National Space Programme (NSP), which is an all-encompassing space programme envisaging developments in the field of space, having direct linkages with strategic programme.

They said that the National Command Authority (NCA) headed by the prime minister has already approved the NSP, and the entire edifice of the space programme is based on reducing reliance on foreign and domestic funding.

They said that revenue earning satellite services being provided by the SUPARCO needed to be fully utilised, however, this is not happening at present, primarily due to unregulated satellite domestic market.

It is pertinent to mention here that in 2004, “Paksat Programme –The Way Forward” was issued by the Prime Minister’s Secretariat, enshrining parameters and contours for implementation, including administrative, financial and regulatory aspects, which has not been implemented in policy frameworks as there are voids especially with reference to regulatory and financial aspects. Besides, national space assets utilisation could have generated around $544 million (Rs85 billion) to date.