India attracts $40bn FDI from US amid tensions with China

But US investments in China have also been on the rise 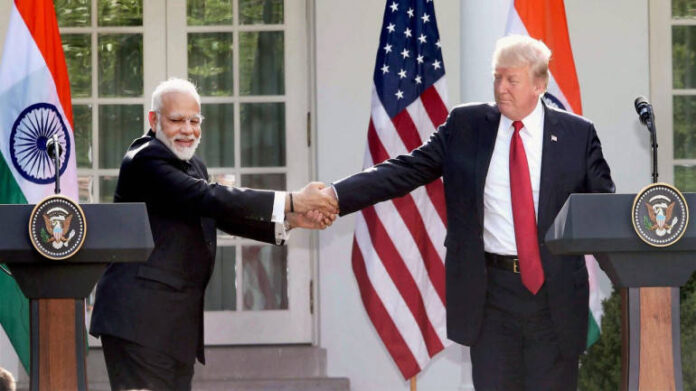 NEW YORK: India has attracted over $40 billion in Foreign Direct Investment (FDI) from the US, after the latest funding spree from major tech giants, such as Google and Facebook, according to a US-based business advocacy group.

American companies have boosted investment in India despite the coronavirus pandemic, the president of the US-India Strategic and Partnership Forum (USISPF), Mukesh Aghi, has said.

According to his data, in recent weeks alone, the nation secured over $20 billion in funds, including those from Silicon Valley behemoths as well as investors from the Middle East, among other regions.

“Year to date investment from the US, including the recent ones, is over $40 billion,” the head of the USISPF, which keeps track of the major US FDIs in India, said, as cited by the media.

Earlier this week, Google announced that it will pile $4.5 billion into India’s Jio Platforms, part of the nation’s most highly-valued company, controlled by Asia’s richest man, Mukesh Ambani.

Facebook invested $5.7 billion for a 9.99 per cent stake in the company in April. In total, investors have bought over $20 billion-worth of shares in Jio Platforms.

The tech giant’s investment in the South Asian country could be a signal that trust in China is falling, while “India becomes a big competitor,” White House Economic Advisor, Larry Kudlow, said. However, it is fair to note the US investments in the Chinese economy have also been on the rise. According to China’s Ministry of Commerce, FDI from the US to China rose six per cent in the first half of 2020, compared to the same period last year.

The rising interest of American tech giants in India comes as tensions continue to rise between Washington and Beijing. At the same time, the recent deadly clash at their disputed border in the Himalayas soured India-China relations, resulting in New Delhi’s ban of dozens of Chinese apps, its tightening of controls on imports from the country and a possible ban on Huawei from its 5G networks.

However, India is believed to have long been trying to cash in on the trade tensions between the world’s two biggest economies. Earlier reports signaled that New Delhi was busy creating a framework that will attract global investors looking to shift manufacturing from China.