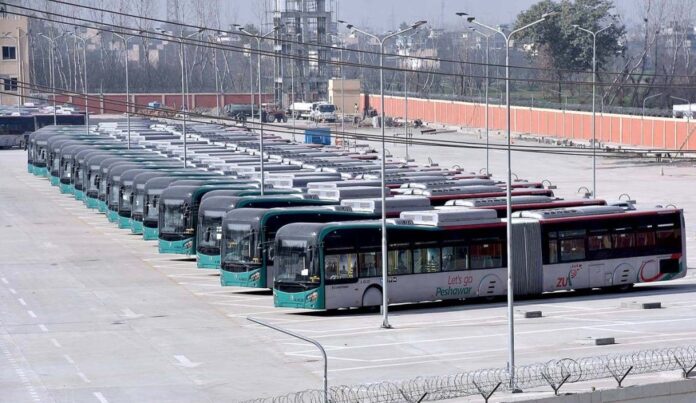 PESHAWAR: Khyber Pakhtunkhwa Minister for Labour and Culture Shaukat Yousafzai has said that Bus Rapid Transit (BRT) project has been completed and it will be formally inaugurated by Prime Minister Imran Khan on Thursday.

Yousafzai expressed these views while talking to the media on the occasion of his visit to the BRT project on Tuesday.

He said that despite Covid-19 pandemic, Chief Minister Mehmood Khan supervised and ensured round-the-clock work on BRT, owing to which the project was completed without further delay. “This is a big project that has been completed with transparency,” he maintained.

The minister claimed that no one can any prove corruption in this project and if the opposition has any evidence of corruption, it should bring it forth and CM Khan will himself punish those involved in corruption.

Shaukat Yousafzai also visited various stations of the BRT bus, meeting people and reviewing the ongoing operation in the stations.

“The first 200,000 BRT ZU cards are being distributed free to the public,” he informed. “Apart from the general public, women and students will benefit the most from BRT who will travel in comfort and safety.”

The provincial minister also visited the BRT central room where the entire BRT would be monitored and security would be reviewed. He said that the BRT would reach Hayatabad from Chamkani in 45 minutes.