What caused an all time high of $2.77bn remittances in July 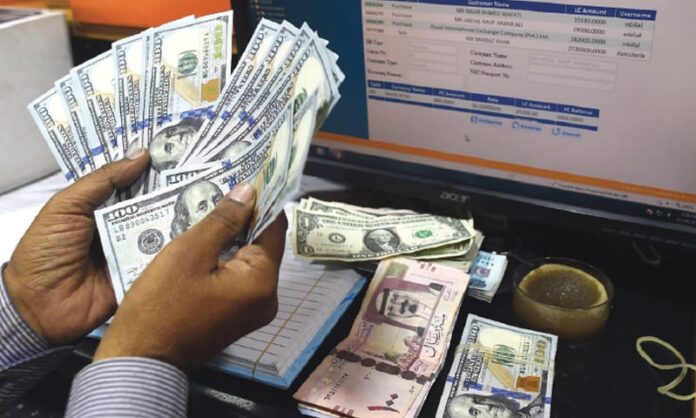 KARACHI: Remittances rose to $2.77 billion in July, which is the highest ever level of remittances in a single month in Pakistan, according to data released by the State Bank of Pakistan (SBP) on Monday.

That represents a year-on-year growth of 36.5pc when compared with July 2019, and 12.2pc when compared to June 2020. Last month, remittances were recorded at $2.47 billion, which the SBP had dubbed as ‘historic’ at the time.

The central bank also noted that the growth rate in remittances compared to the same month in the previous year is around twice as high as the Eid-ul-Adha related seasonality typically experienced over the last decade.

“Given the impact of Covid-19 globally, this increase in worker’s remittances is encouraging,” the SBP said.

Why have remittances increased?

Overall, there are two main factors that explain the rise in remittances, along with some minor reasons.

The first is that it seems the use of official channels to send remittances has increased, and there has been a decline in traditional hawala and hundi methods of sending cash home.

Saad Hashmi, executive director of BMA Capital, said that the switch from informal to formal was the most likely reason for the rise in remittances. This was a view reiterated by Sateesh Balani, director of research at Ismail Iqbal Securities, who said, “People might be compelled to use official banking channels as flight reduction may have impacted unofficial flows.”

Typically, money is sent to Pakistan by people physically carrying cash in their luggage, when they travel to visit Pakistan. However, due to the Covid-19 pandemic, and the subsequent cancellation in flights, people were forced to switch to formal channels, in an effort to make sure money reached their families.

In addition, the movement of cash transported on flights increases during Hajj and Umrah season. But this year, due to the Covid-19 pandemic there was a limited Hajj, and a bank on Umrah, which further curtailed people’s ability to send money through informal channels, and pushed them to use formula channels.

For its part, the central bank acknowledged this as a factor in its statement, saying the central bank and the federal government had taken steps under the Pakistan Remittance Initiative, including reducing the threshold for eligible transactions from $200 to $100 under the Reimbursement of Telegraphic Transfer (TT) Charges Scheme, pushing for adoption of digital channels, and starting targeted marketing campaigns to promote formal channels for sending remittances.

Pakistan’s informal economy, and informal cash transfers, are rarely recorded in official data. According to some analysts, the jump could actually serve as a more accurate representation of remittances in Pakistan, which are much higher than previously perceived.

The second factor is that there has been significant job losses in Saudi Arabia and the Gulf region due to the Covid-19 pandemic, where most Pakistani overseas labour works. Additionally, Saudi Arabia was also impacted by an oil slump, leading to a loss of jobs in that sector. In July alone, more than 50,000 Pakistani workers who had lost their jobs had registered themselves with the Overseas Employment Corporation’s (OEC) portal in search of job opportunities.

One can see this trend reflected not just in Pakistan’s data, but also other countries that have a significant labour force in the Middle East, such as Bangladesh. The country saw a similarly high jump in remittances to $2.59 billion in July 2020, or up 62.5pc from a year earlier and 42.1pc from the previous month, according to data from the Bangladesh Bank.

Finally, there are minor reasons that some analysts say may have also played a part in the rise of remittances. There has been a rise in inflows due to money being sent home for Eid. Additionally, Pakistan has recently announced a tax amnesty in the construction sector, which may also have boosted funds being sent home.

In the press statement, the SBP noted that compilation for ‘country-wise’ workers has changed.  From July 2020 onwards, remittances are recorded from the source country, not the routing country.

Data on workers’ remittances is collected on a monthly basis from banks, exchange companies and the  Pakistan Post Office. In a note issued by the statistics department of the SBP, the central bank said that in their submissions to partner banks in Pakistan, some of the money transfer companies and overseas banks had been reporting the country location of their head offices as the origin of the remittance, instead of the country of residence of the remitter from which their subsidiaries had originally collected the remittance.

The central bank stressed that the revised country shares under the improved data do not necessarily imply that remittances from one country have increased over another. Instead they demonstrate that the source country of remittances is being recorded more accurately now.