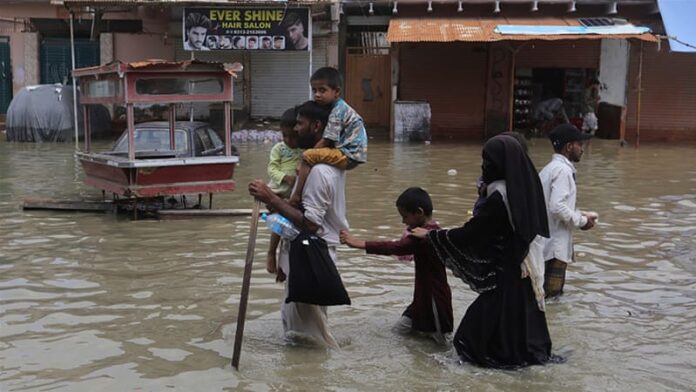 KARACHI: Leaders of various trade bodies of the country have urged the federal government to take emergency measures for Karachi which has been badly affected due to heavy rains that have caused a massive flooding in the city over the last couple of days.

A leading textile exporter Muhammad Jawed Bilwani told APP that roads and streets in the oldest and largest industrial and trading estate of the city had been flooded with water.

He said that rain water had also entered most of the factories which has caused damage to machinery, equipment and inventories adding that industrial activities in such areas have been put on a stand-still.

He urged the government to take timely steps for the betterment of the city.

Meanwhile, other business leaders urged the government to declare Karachi as a calamity-hit city and initiate a grand relief and rehabilitation programme.

Karachi Chamber of Commerce and Industry (KCCI) Patron-in-Chief Siraj Kassam Teli said that the city administration and Sindh government have failed to revive and upgrade the devastated infrastructure of the city.

He suggested that rehabilitation tasks should be outsourced to the National Disaster Management Authority (NDMA), Frontier Works Organization (FWO) and other concerned agencies of the federal government.

“In order to save Karachi, the city should be handed over to the Pakistan Army for a certain time period,” he asserted.