With the arrival of the second vessel, total import of wheat from Ukraine has now totalled 125,804 metric tonnes 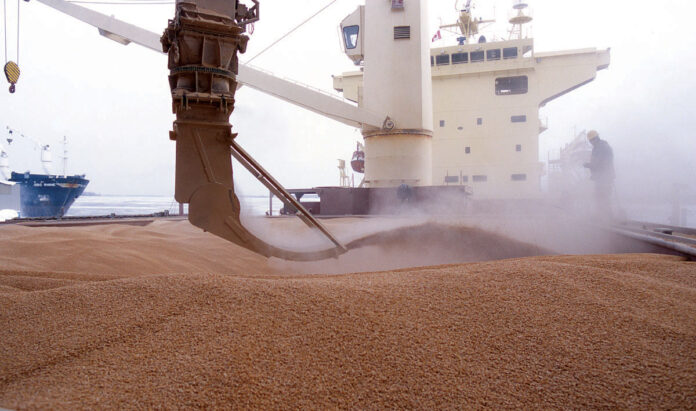 ISLAMABAD: The second vessel carrying 65,000 metric tonnes of wheat reached Karachi port on Friday evening, and was allowed to be unloaded after qualified mandatory quarantine on Saturday.

An inspection team of experts from the Department of Plant Protection, led by DPP Director-General Dr Falak Naz, conducted a detailed inspection of the imported wheat keeping in view the requirements of the import permit granted to the private sector.

With the arrival of the second vessel, the total import of wheat from Ukraine has now totalled 125,804 metric tonnes.

The third vessel, MV Coventry, carrying 69,000 metric tonnes of wheat, is scheduled to dock at Karachi port on September 8, according to the Ministry of National Food Security and Research.

Meanwhile, National Food Security and Research Secretary Omer Hamid Khan has contacted the chief secretaries of Sindh and Punjab to seek support in unhindered interprovincial movement of the imported wheat.

On behalf of the ministry, DPP Director-General Dr Falak Naz, along with wheat importers, held a meeting with Sindh Food Secretary Laeeq Ahmed to discuss the inter-provincial movement of wheat, who assured his full support.

The MNFS&R has been regularly supervising all components of the wheat import chain and was opting a proactive approach to minimise the chances of any kind of delay.

Subsequently, all concerned departments were on board to facilitate wheat import and address the ongoing national issue of wheat price hike.