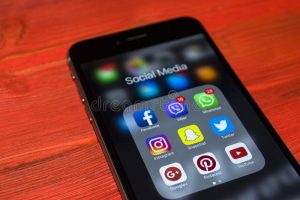 ISLAMABAD:  Apart from other impacts of the outbreak of coronavirus, the lockdowns and work from home initiatives have also changed the consumers’ behaviour and usage of cellular services in the country.

While talking to a group of journalists on Wednesday, Managing Director Edotco Pakistan Arif Hussain said that the pandemic has exposed the need for and reliance on data and internet by the masses, given that its usage increased by 25 per cent, whereas the revenues from the voice traffic declined by around 10 per cent.

According to Hussain, the year 2020 has been a learning year for the telecom sector and that it showed new opportunities in providing better service in the existing network areas.

Edotco is a multinational company that provides integrated telecommunications infrastructure services such as sharing of telecom infrastructure and maintaining it as a third party, and it was working with all four telecom operators of the country.

“Besides the future is expansion of internet service and telephony in un-served areas, as around 25 per cent of the population which is close to 50 mn people do not have access to basic telephonic services,” Hussain said.

He added that there is a clear need to improve access to internet and telecom services across Pakistan. “The use of broadband services is not just reserved entertainment programmes or corporate works for the elite, but the industry has realised in the post-corona scenario that people have significant data needs so the next stage should be improving coverage.”

He referred to various social media platforms which are watched by workmen to improve their skills, and a large number of housewives have launched micro-level businesses using these platforms.

“Since these people including the plumbers, etc., were earning from the internet, they are willing to pay for it too,” he said, adding that the internet service providers were facing serious price competition.

Reportedly, Hussain also said that currently, only two companies are providing internet through submarine cables but that one or two players are expected to enter the field soon, which will increase the competition in the internet prices and eventually benefit the users.

He suggested that the future of the telecom sector was in reducing cost in various fields such as adopting the tower and other infrastructure sharing models.

“The shareable infrastructure could reduce capital expenditure as well as the operating expenditure for telcos and would allow them to penetrate wider markets, including the AJK, GB and former FATA,” the managing director added.

He expressed the confidence that auctioning off the unsold 1800 and 2100 MHz band spectrum would help expand 3G and 4G services, and eventually the number of 4G subscribers would increase.