Bytedance picks Oracle for Tiktok ‘partnership’ in US 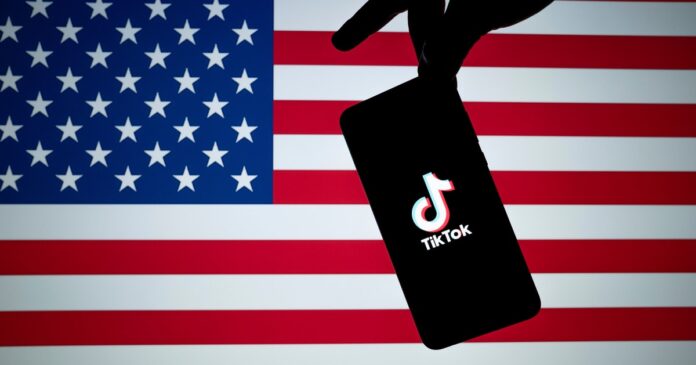 Oracle beat Microsoft in the battle for the US arm of TikTok with a deal structured as a partnership rather than an outright sale to try to navigate geopolitical tensions between Beijing and Washington, people familiar with the matter said.

ByteDance, TikTok’s Chinese owner, had been in talks to divest the US business of its hugely popular short-video app to Oracle or a consortium led by Microsoft Corp after US President Donald Trump ordered the sale last month and said he might otherwise shut it down.

While TikTok is best known for dancing videos that go viral among teenagers, US officials are concerned user information could be passed to China’s Communist Party government. TikTok, which has as many as 100 million US users, has said it would never share such data with Chinese authorities.

Sale negotiations were upended when China updated its export control rules last month, giving it a say over the transfer of TikTok’s algorithm to a foreign buyer. Reuters reported last week that China would rather see TikTok shut down in the United States than allow a forced sale.

On Monday, China’s state-run English television channel CGTN cited sources as saying ByteDance would not sell TikTok’s US operations to Oracle or Microsoft, and would not give the source code for the platform to any US firm.

Under ByteDance’s latest proposal, Oracle would be the firm’s technology partner and assume management of TikTok’s US user data, sources told Reuters on Sunday. Oracle is also negotiating taking a stake in TikTok’s US operations, they said.

The data is currently stored in Alphabet Inc’s cloud.

Some of ByteDance’s top investors, including General Atlantic and Sequoia, will also be given minority stakes in those operations, one of the people said.

It is unclear whether Trump, who wants a US technology firm to own most of TikTok in the United States, will approve the deal. US Treasury Secretary Steven Mnuchin told CNBC on Monday the administration would review it this week.

“I will just say from our standpoint, we’ll need to make sure that the code is, one, secure, Americans’ data is secure, that the phones are secure and we’ll be looking to have discussions with Oracle over the next few days with our technical teams,” he said.

Mnuchin said the deadline to approve a deal was Sept 20 and that the current proposal included a commitment to create a US headquartered company with 20,000 new jobs.

The Committee on Foreign Investment in the United States (CFIUS), which reviews deals for national security risk, is overseeing the ByteDance-Oracle talks and Mnuchin said there would also be a separate national security review by the Trump administration.

“User data protection and assurances around how the company’s algorithms push content to US users are thoughtful components of a substantive solution, but whether they can change political outcomes is a much more difficult question,” said regulatory lawyer John Kabealo, who is not involved in the talks.

ByteDance plans to argue that CFIUS’ approval two years ago of China Oceanwide Holdings Group Co Ltd’s purchase of US insurer Genworth Financial Inc offers a precedent for its proposal with Oracle, the sources said.

In that deal, China Oceanwide agreed to use a US-based, third-party service to manage Genworth’s US policyholder data. ByteDance will argue a similar arrangement with Oracle can safeguard TikTok’s US user data, the sources said.

China’s foreign ministry spokesman Wang Wenbin declined to comment on Monday when asked at a press conference about the TikTok deal, but said TikTok was being “encircled” and “coerced” in the United States into a transaction.

“We urge the US government to provide an open, fair, just and non-discriminatory environment for foreign firms operating and investing in the United States,” he said.

Oracle’s chairman Larry Ellison is one of the tech world’s few Trump supporters. His firm has significant technological prowess in handling and safeguarding data, but no social media experience as its clientele comprises companies, rather than consumers.

Peking University professor of investment Jeffrey Towson said Oracle’s ownership of TikTok’s US operations with access, but not ownership, of ByteDance’s core technology mirrored how many Western companies operate in China.

Earlier on Sunday, Microsoft said it had been informed by ByteDance that the Chinese firm would not be selling it TikTok’s U.S. operations. Walmart Inc, which had joined Microsoft’s bid, said it was still interested in investing, and that it would talk further with ByteDance and other parties.

“This is bad news for Walmart more than anyone else,” said Towson. “Combining TikTok’s entertainment and user engagement with its e-commerce platform was its best shot at catching up” with Amazon.com Inc.

As Sino-US relations deteriorate over trade, Hong Kong’s autonomy, cybersecurity and the spread of the coronavirus, TikTok has emerged as a flashpoint.

As many as 40pc of Americans back Trump’s threat to ban TikTok if it is not sold to a US buyer, a Reuters/Ipsos national poll found last month. Among Republicans – Trump’s party – 69pc said they supported the order, though only 32pc expressed familiarity with the app.

The White House has stepped up efforts to purge what it deems “untrusted” Chinese apps from U.S. digital networks. Beyond TikTok, Trump has also issued an order prohibiting transactions with Tencent Holding Ltd’s messenger app WeChat.

ByteDance acquired Shanghai-based video app Musical.ly – whose user base was largely American – for $1 billion in 2017 without seeking CFIUS approval, relaunching it as TikTok the following year. Reuters reported last year that CFIUS was investigating TikTok.