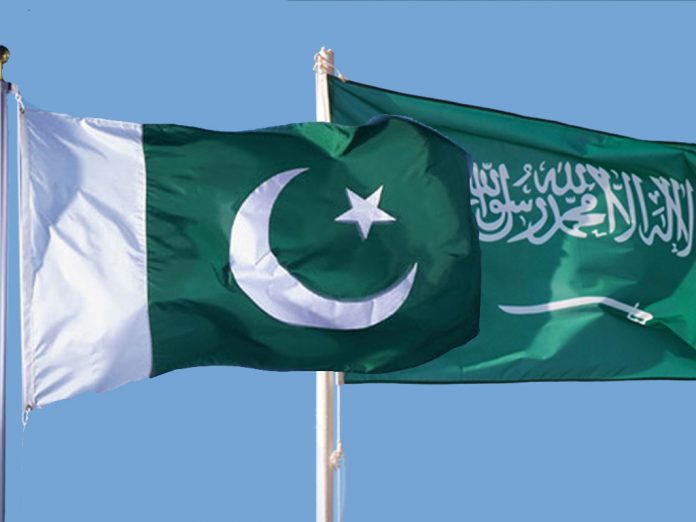 ISLAMABAD: Ambassador of Saudi Arabia, Nawaf Saeed Al-Malkiy has said that Saudi Arabia wants to further deepen and strengthen its trade ties with Pakistan as both countries have great potential to promote bilateral trade in many areas.

The ambassador said this while addressing the business community during his visit to Islamabad Chamber of Commerce and Industry (ICCI). Muhammad Ahmed Asiri, Commercial Attaché of Saudi Embassy, was also present on the occasion.
The ambassador said that Pakistan possesses everything for growth and has great potential for business and economic growth that needs to be highlighted more effectively to attract foreign investors.

He said that Pakistan is a very important country for the whole Muslim Ummah as it is a nuclear power and Saudi Arabia would stand with it in every critical situation.

The Saudi envoy said that Pakistan has great potential for tourism and it needs to improve its infrastructure to attract foreign tourists. He said that consistency in policies and conducive environment would further promote local and foreign investment in Pakistan. He said that Crown Prince Mohammed Bin Salman had announced to become Ambassador of Pakistan and he is playing that role.

He said that from January 2021, the process of exchange of trade delegations between Pakistan and Saudi Arabia would be restored that would further improve bilateral trade and economic ties between the two countries.

Speaking at the occasion, President ICCI Muhammad Ahmed Waheed said that Saudi Arabia’s investors should explore JVs and investment in CPEC that would also provide them easy access to Central Asian markets.

He said that the cordial relations between Pakistan and Saudi Arabia should be transformed into growing trade and economic relations as the current volume of bilateral trade between the two countries is not reflective of their actual potential. He said that Pakistan and Saudi Arabia are doing trade in limited items and they should focus on direct trade with diversification of trade items to further enhance trade volume.