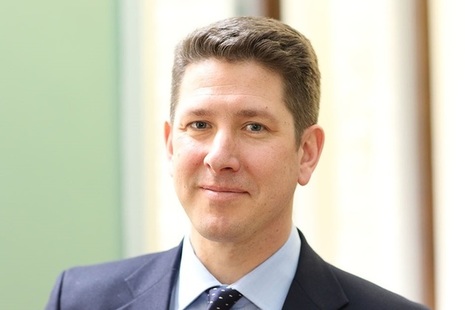 ISLAMABAD: British High Commissioner to Pakistan Christian Turner has said the United Kingdom (UK) trade volume with Pakistan is currently at £3.3 billion which makes it the third largest trading partner for Pakistan, and that he expects this volume to double going forward.

In an interview to a private television channel the other day, Dr Christian Turner said that the restoration of British Airways operations in Pakistan is a significant development between the two countries. He stated that Virgin Airline is also looking at commencing its Pakistan operations from December. He also announced expansion of the export credit facility for Pakistani businesses dealing with companies based in the UK .

He said that he has visited various areas of Pakistan which he found to be spectacular. He said Pakistan has “rich potential for the tourism industry.”

Struggling to speak in the Urdu language, he admitted he loved chatting in the local language notwithstanding the efforts. “I like talking to people here in Urdu,” he said, adding modestly that he has yet to learn a great deal.

The British diplomat suggested that Pakistan has plenty of room to invest in the fields of healthcare, education and agriculture technology. He commended the efforts and investment Pakistan assigned to its state of security.

On the containment of Covid-19 spread and the situation in the wake of the pandemic outbreak in the country, the high commissioner said the world needs to learn so much from Pakistan. “The forming of NCOC [National Command and Operation Centre] was a prompt idea,” he said adding that such a coordination mechanism is the need of every country fighting Covid-19.

Turner commended Pakistan’s role in the materialization of Afghan peace talks. He noted the economic strategies Pakistan has formed and practised have worked out in the country’s favour; however, he said that he shall visit more of Pakistan to get a better idea of the country.