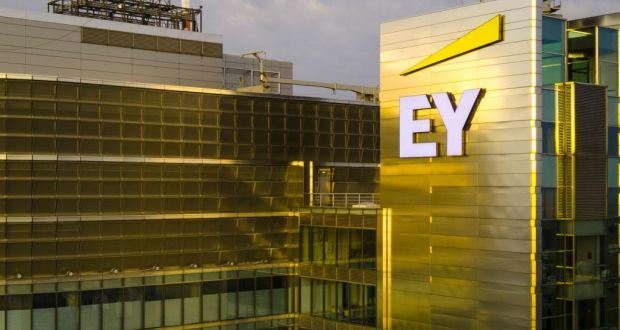 An employee of Ernst & Young (EY) had warned the firm in 2016 that Wirecard senior managers may have committed fraud, naming one for even attempting to bribe an auditor.

Pressure mounts on the accounting firm as this revelation, showing that an EY employee identified unlawful activity at Wirecard four years prior to the payments group’s controversy as Germany’s largest post-war corporate fraud, brings greater attention to the very firm which has audited Wirecard for more than a decade and had provided unqualified audits until 2018.

According to a report published in Financial Times, EY is already under investigation by Germany’s auditor oversight body, Apas, and is the target of lawsuits from Wirecard investors who lost billions of euros when the company collapsed in June.

Last month, EY’s global chairman, Carmine Di Sibio, wrote to clients to express “regret” that the fraud was “not uncovered sooner” but he claimed that EY was ultimately “successful in uncovering the fraud”.

However, a probe by KPMG International Cooperative found that an internal whistle-blower at EY had raised fraud allegations against Wirecard in 2016, and had also reported that the company had attempted to bribe an auditor in India. EY then conducted an investigation, but this was shut down at the behest of Wirecard’s second-in-command, Jan Marsalek.

Marsalek is now a fugitive and on Interpol’s ‘most wanted’ list. The new revelations are contained within an unpublished ‘info addendum’ to a special audit by KPMG. Its main report was published in April and revealed the giant cash hole at the heart of Wirecard, which precipitated the demise of the company.

The addendum describes findings by KPMG that, while not directly within its remit, were deemed so significant that the firm decided to report them anyway. The addendum, seen by the Financial Times, amounts to a damning indictment of EY.

According to KPMG, EY’s unnamed whistle-blower in May 2016 filed a letter to EY Germany’s headquarters in Stuttgart. The letter did not address the whole extent of

Wirecard’s global fraud scheme – which unravelled earlier this year – but it did focus on one of four contentious areas. These areas were also the focus of KPMG’s special audit in late 2019.

A series of acquisitions in India by Wirecard had closed in early 2016. Wirecard had paid €340 million for Hermes I Tickets, GI Technology and Star Global, three payments companies that it bought from an opaque Mauritian entity named Emerging Market Investment Fund 1A. The EY whistle-blower asserted that “Wirecard Germany senior management” directly or indirectly held stakes in EMIF 1A and were therefore embroiled in a conflict of interest.

The whistle-blower also accused senior Wirecard managers of artificially inflating the operating profit of the Indian businesses in an attempt to push up the acquisition price, which was partly linked to future profits. These performance-dependent “earn-outs” represented a third of the total price tag.

According to the whistle-blower, the Wirecard manager who held a senior position at Hermes offered a local EY employee a “personal compensation” provided the auditor agreed to sign off on manipulated sales numbers. An investigation by EY’s anti-fraud team into the whistle-blower report, codenamed ‘Project Ring’, suffered from governance shortcomings, and was terminated prematurely while leaving key questions unanswered, according to KPMG’s review.

Similar allegations over Wirecard’s acquisitions in India were eventually made in public by short-sellers, but not until 2018. In the meantime, EY continued to audit Wirecard’s accounts. KPMG found that EY’s 2017 audit of Wirecard’s accounts were potentially flawed. Although Project Ring made several “observations” that cast doubt over the integrity of the financial reporting of Wirecard’s Indian subsidiary, those findings were not properly scrutinised by EY’s audit team, according to KPMG.

“The examination of the observations by EY Audit was incomplete,” KPMG wrote, adding: “KPMG sees evidence that argued against termination of the Project Ring special audit and that should have been investigated conclusively.”

The allegation of attempted bribery was addressed only by EY internally and this approach that was deemed problematic by KPMG.

“Given that the auditor [EY] was explicitly mentioned in the allegations, in our view mandating an independent third party was required,” KPMG said.

Although the whistle-blower accused Wirecard’s “senior management” in Germany of misconduct, the forensic audit was overseen by Wirecard’s executive board rather than its supervisory board, KPMG found.

Stephan von Erffa, Wirecard’s head of accounting and the only manager in Germany named by the whistle-blower, was never formally interviewed and his email account was not analysed as Wirecard refused to give access to it. A lawyer for Mr von Erffa – who has been in police custody since July under suspicion of accounting fraud, embezzlement and market manipulation in the Wirecard scandal – did not respond to an FT request for comment.

Mr von Erffa has previously denied any wrongdoing. The Project Ring probe was ultimately ended in 2018 by Wirecard’s chief operating officer Mr Marsalek after he was informed about its problematic “observations”.

All Karachi Traders Anjuman-i-Tajiran President, Ilyas Memon, demanded on Tuesday that the provincial government should permit them to open their shops on Friday after...
Read more
ECONOMY