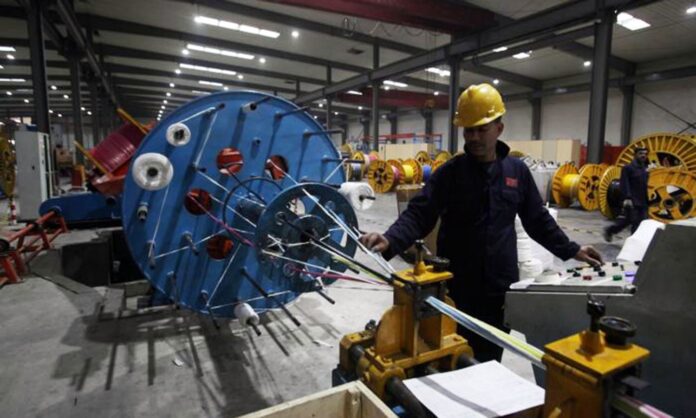 As per the PBS data, the LSM output posted a growth of 1.19pc in August. This rebound came months of damage inflicted by Covid-19. Before coronavirus, it was only in the month of November 2019 when LSM last posted a growth.

The growth in big industry’s output in July and August reflected a revival in economic activities in the country. In FY20, the LSM output had fallen 10.17pc on a yearly basis.

Sector-wise, production of 11 items under the Oil Companies Advisory Committee dipped 5.36pc YoY in August; 36 items under the Ministry of Industries and Production went up 2.33pc; while 65 reported by the provincial bureaus of statistics rose 0.15pc.

The LSM constitutes 80pc of the country’s total manufacturing and accounts for nearly 10.7pc of the national output. In comparison, the small-scale industry makes up for just 1.8pc of GDP and 13.7pc of the secondary sector.

As per the PBS data, the auto sector, except tractors, trucks and motorcycles, was the major laggard with massive declines in sales in August on account of multiple upward price revisions due to currency depreciation.

The data for August showed that the output of petroleum products dropped 5.36pc.

The output of two major oil products, petrol and high-speed diesel, mostly used in the transport sector and agriculture, was up 8.56pc and 5.91pc, respectively. LPG output increased 8.84pc, while the production of jute batching oil surged 118.46pc.

Meanwhile, cigarette production soared 21.79pc YoY in August, while that of cement went by 16.84pc. In pharmaceuticals, output of syrups rose by 1.79pc, injections 24.25pc and capsules 8.65pc. The output of tablets declined 8.83pc.

The production of tea and vegetable ghee dipped 7.73pc and 1.67pc, respectively, whereas that of cooking oil increased by 5.46pc.

The government on Tuesday reviewed and discussed the revival of Pakistan Steel Mills (PSM), which would be undertaken as per the Cabinet's decision wherein...
Read more
- Advertisment -

January 26, 2021
KARACHI: The Pakistan Stock Exchange (PSX) continued to head north on Tuesday, with the indices accumulating gains all day long amid significant rise in investors'...