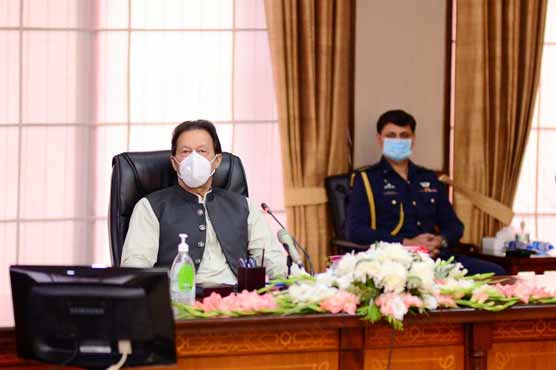 ISLAMABAD: Prime Minister Imran Khan, while chairing a meeting of the National Coordination Committee on Housing, Construction, and Development on Thursday, emphasised the need to facilitate the poor seeking loans from banks.

The prime minister asked all provinces to use online portals to make the loan approval process transparent and prompt.

The meeting was informed that the process for acquisition of loans has been simplified, and that separate desks have been established in bank branches for this purpose. It was further informed that private banks will soon provide loans under both Islamic and traditional banking facilities.

The banking heads assured the government of promotion of the construction sector, saying that they would facilitate the poor segments of society in building their own houses.

They lauded the PM’s economic team for taking appropriate for facilitation of the business community and banks in view of Covid-19 pandemic.

The meeting was apprised that technology was being used to reduce the time period in the process of provision of loans (to verify antecedents of the borrowers).

The Punjab chief secretary on the occasion briefed the meeting that an online portal for builders has recently been launched in the province, adding that the portal has so far received 6,694 applications, with 54pc approval rate.

He further informed that concerned departments have been linked with the online portal to avoid any delay in approval. “Every approval has been made time bound and the applicant can track progress of his case through the mobile application.”

Separately, PM Imran Khan urged the people to use the Pakistan Citizen Portal forum for effective resolution of their complaints.

In a tweet, the PM said that public participation at Pakistan Citizen Portal has crossed three million mark. “Out of 2.6 million complaints registered at the portal, around 2.4 million have been resolved,” he said, adding that 591,000 people have expressed their satisfaction [with the portal].

Imran Khan said that Pakistan Citizen Portal has truly empowered the common citizen and urged all citizens to use the Pakistan Prime Minister Delivery Unit for effective complaints’ resolution.