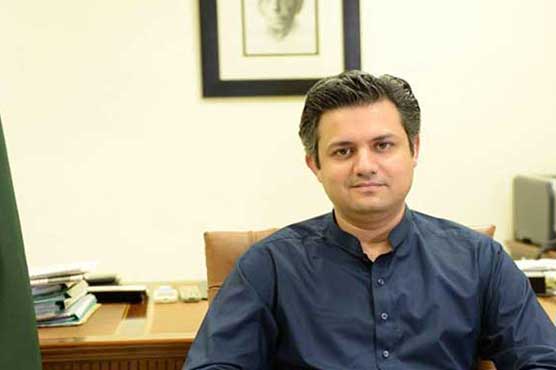 Federal Minister of Industries and Production Hammad Azhar has blamed the Pakistan Sugar Mills Association (PSMA) for the country’s sugar crisis, reasoning that the commodity becoming suddenly expensive was a direct result of incorrect data provided by the association.

The minister said that the federal government was misled while speaking on Geo. “I was informed of a 300,000 tonnes surplus by the association in a meeting on May 11 and that we might even have to export it,” he added.

Azhar further said that the situation was suddenly flipped over a month later when the sugar commission’s report hinted at a shortage and recommended a physical verification of the stock.

“We conducted a physical verification in Khyber Pakhtunkhwa (KP) and Punjab and are still waiting for the Sindh government to do so; however, we found that the demand in Punjab increased by two-three times. Obviously, either they were showing us fake receipts or hoarding sugar. This created an impression of a shortage that led to a hike in prices.” Azhar explained.

In response to a question, Azhar said that the government delayed its decision to import the commodity as the commission report had only “hinted” at a shortage. “We cannot just start buying and importing sugar when the sugar mills association was insisting they had a surplus.”

“After the physical verification, that 300,000-tonne surplus changed into a 300,000 tonnes shortage,” he admitted. “At this point, the government decided to import sugar.”

It is pertinent to mention here that the commission report estimated consumption at 5.2 million and projected an 8.66 per cent decrease in production.

Over this, the federal minister said that the Centre held a sugar advisory board’s meeting which was attended by provinces, the association and other relevant authorities. “It took us about 3-4 weeks to resolve the issue,” he said, adding that the government had decided to import sugar as soon as the data was available.

Responding to another question on why the public continues to pay a high price for sugar even at utility stores, Azhar said, “Utility Stores Corporation is bound by the Procurement Regulatory Authority rules to buy sugar at market price. We went after the sugar cartel, obviously, they will respond,” said Azhar. “By devising laws, we have ensured sugar mills start crushing process without delay and empowered Punjab government to set the date for it.”

“Our efforts led to the Competition Commission of Pakistan (CCP) becoming independent after 11 years,” he said. “Previous governments offered subsidies without physical verifications.”

Azhar said the government’s job was to verify the data and legislate. “Whether there is a genuine shortage or it’s a cartel’s doing is up to the relevant authorities to investigate.”

“I cannot comment until the authorities investigate it. The Federal Board of Revenue (FBR), Securities Exchange Commission of Pakistan (SECP), Federal Investigation Agency (FIA), National Accountability Bureau (NAB) are all probing the matter. If we find out someone has taken undue advantage then I want to make it clear that Imran Khan will not protect anyone. He has proved it,” he concluded.