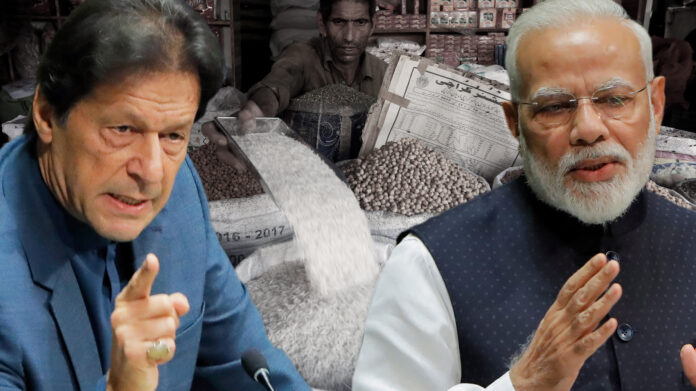 The government had decided to oppose India’s application demanding exclusive rights of claiming a GI tag to Basmati rice in the EU on September 22 whereas India had applied for the tag under Article 50(2)(a) of Regulation (EU) No 1151/2012 of the European Parliament and of the Council on quality schemes for agricultural products and foodstuffs, mentioned in the EU official journal dated September 11, 2010.

The protection of geographical indications is aimed at boosting exports, helping support rural development in the country, and enhancing the livelihood of agriculture producers and skilled craftsmen.

Currently, India and Pakistan have 65 and 35 per cent shares of Basmati in the world rice trade, respectively. Basmati rice fetches Pakistan around $800 million to $1 billion annually.

It may be mentioned here Pakistan, after a delay of almost 18 years, had enacted Geographical Indications (Registration and Protection) Act in March this year.

As per the Indian application, basmati is special long grain aromatic rice grown and produced in a particular geographical region of the Indian sub-continent. In India, this region is a part of northern India, below the foothills of the Himalayas forming part of the Indo-Gangetic Plains (IGP).

Further, India has claimed that basmati is grown and produced in all districts of the states of Punjab, Haryana, Delhi, Himachal Pradesh, Uttarakhand, as well as in specific districts of western Uttar Pradesh and Jammu & Kashmir.

According to a report by Dawn, the relevant rules confer the right to oppose the Indian application pursuant to Article 51 of the Regulation (EU) No 1151/2012 by Dec10, 2020.

It may be mentioned here apart from opposing the GI tag in the EU, Pakistan must also consult international dictionaries to rectify the definition as the same rice is largely produced in the country.