Kissan Ittehad calls off strike after talks with Punjab govt 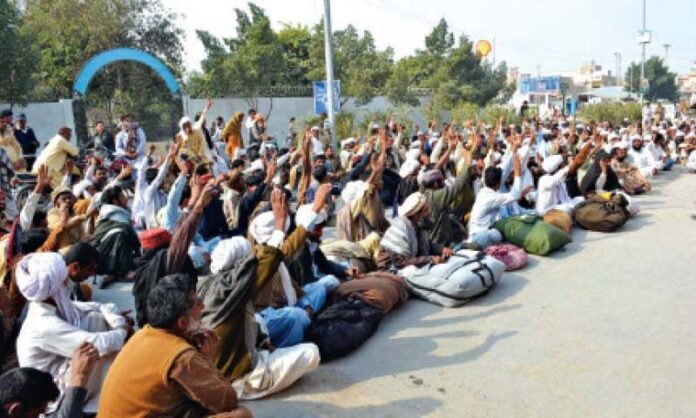 LAHORE: The Kissan Ittehad Pakistan on Tuesday announced to call off its strike after holding successful talks with Punjab Law Minister Raja Basharat.

The Kisan Ittehad had announced to stage a protest outside the Punjab Assembly on Wednesday (today) for an increase in support prices of wheat and sugarcane crops.

Kissan Ittehad Chairman Muhammad Anwar, during his meeting with the Punjab law minister, highlighted the demands as well as problems being faced by the farmers.

Speaking on the occasion, Raja Basharat said facilitation of farmers was among the prime objects of the incumbent government and that steps were being taken to provide relief to the farmers on the guidelines issued by Prime Minister Imran Khan and Chief Minister Punjab Usman Buzdar.

He assured the farmers of all-put support and complete redressal of their reservations on wheat, cotton and sugar crops.

It may be noted that the Economic Coordination Committee (ECC) had recently fixed wheat support price at Rs1,600 for the next year’s crop, whereas the Sindh cabinet fixed the same at Rs2,000 per 40 kilogrammes.

Punjab and Balochistan had recommended the federal government to fix maximum wheat procurement support price at Rs1,700 per 40kg, while Khyber Pakhtunkhwa proposed Rs1,880 per 40kg.