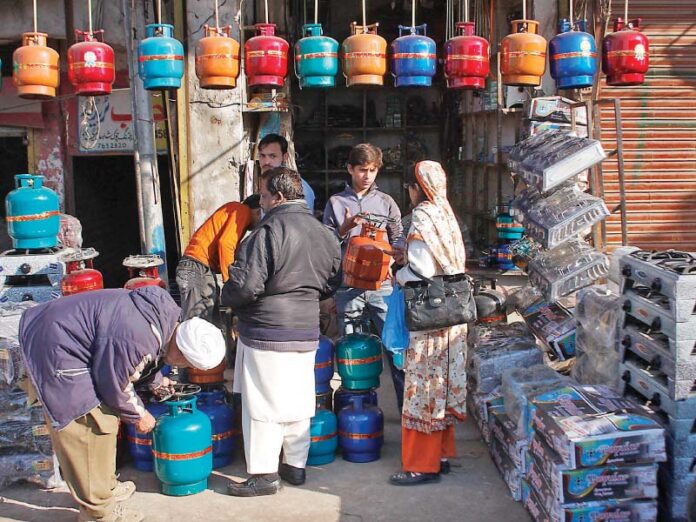 ISLAMABAD: The Oil and Gas Regulatory Authority (OGRA) on Monday notified a Rs2/kg hike in the price of Liquefied Petroleum Gas (LPG) for the month of December 2020.

As per the notification, LPG will be available at Rs132/kg in the market; domestic cylinder will cost Rs1,553 (Rs23 more than last month) whereas commercial cylinder will be sold at Rs5,976 (+Rs88).

Sources in the LPG industry informed that local production of LPG during the ongoing year stood at approximately 603,997 metric tonnes (MT), whereas LPG imported so far was 360,285MT.

Approximately 120,000MT of LPG will be sold during December.

Sources said the government has increased LPG price by Rs2,000 per MT. With effect to the price hike, LPG consumers will have to bear an additional burden of Rs204 million in December 2020.

Meanwhile, LPG Industries Association Chairman Irfan Khokhar said that LPG was a cheaper fuel to meet energy demands of the country. “However, shortage of natural gas was observed in November, which will further worsen during the acute winter season.”

He said that the government should take timely and appropriate measures to control the shortage of gas in the country, adding that poor policies and exorbitant taxes already imposed on LPG price have so far caused a negative impact on the overall industry.

“LPG distributors usually pay more than Rs6 billion in taxes. It is imperative for the government to cut additional taxes on LPG, besides relaxing policies related to auto gas and encouraging local production of LPG,” he added.