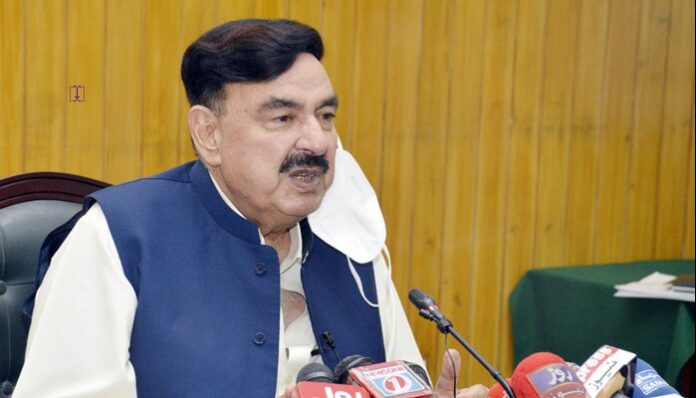 He was addressing a ceremony organised in connection with revival of Kohat and Subak Kharam express trains in Rawalpindi.

The minister expressed confidence that the tender for the ML-1 project will soon be issued, adding that the project would create 150,000 jobs.

On the political front, the minister maintained that the government has no threat from the rallies announced by Pakistan Democratic Movement (PDM). “Prime Minister Imran Khan will complete his term of five years,” he asserted.

Rasheed said that there was a clear difference between the narratives of Nawaz Sharif and Shehbaz Sharif, lauding the latter for issuing a statement of “negotiations at national level”.

“Pakistan has no external threat; however, the country is facing threats from inside. Our army is aware of everything occurring at borders,” he added.

Commenting on the statement of JUI-F Emir Maulana Fazlur Rehman about retaliation, Rasheed advised him not to go towards a “political dead end”.

Responding to a question, the minister said the prices of flour and sugar were coming down in the country owing to the prudent policies of the government.