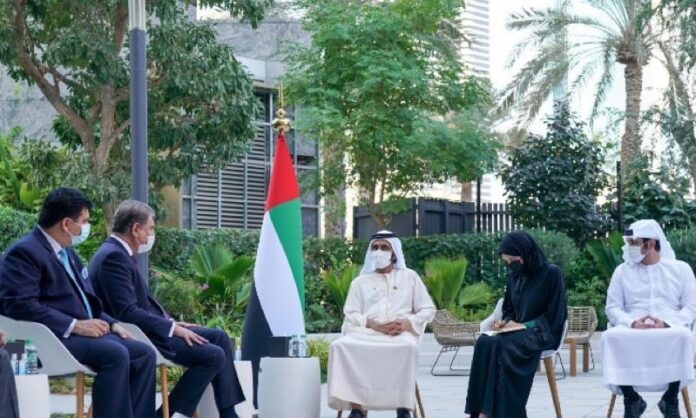 ISLAMABAD: Foreign Minister Shah Mahmood Qureshi’s visit to the United Arab Emirates (UAE) is another opportunity for Pakistan and the Emirates to reaffirm their commitment towards strengthening ties in areas of trade and investment, the Foreign Office (FO) has said in a statement.

According to the statement issued on Saturday, besides economic matters, the two sides also shared views on regional and global issues of mutual interest, as well as their cooperation in multilateral arenas.

“The two sides also acknowledged the Pakistani community’s contribution to UAE’s success story. Accordingly, they agreed to consider taking steps to encourage people to people contacts between them,” it read further.

Shah Mahmood Qureshi paid homage at the tomb of founder of the UAE, late Sheikh Zayed bin Sultan Al Nahyan, and offered prayers at Sheikh Zayed Grand Mosque. He also visited the Consulate General of Pakistan in Dubai and interacted with local and international media.