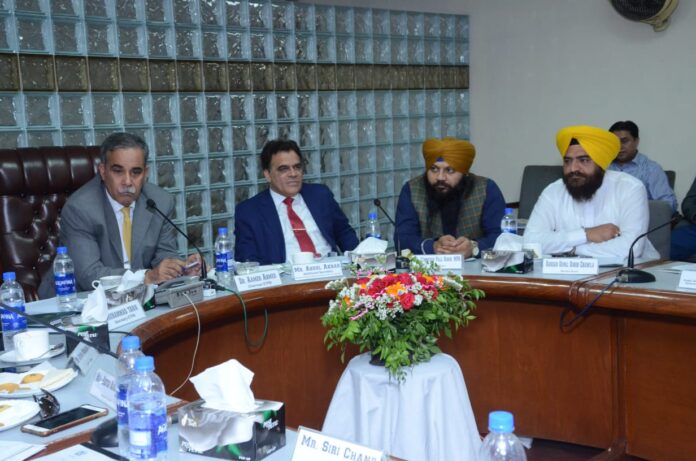 LAHORE: The Evacuee Trust Property Board (ETPB) has decided to compile a performance report to show its accomplishments of the last three years after receiving criticism from Pakistan Hindu Council (PHC) Chief and Member National Assembly Dr Ramesh Kumar Vankwani over its performance, Pakistan Today learnt on Saturday.

Speaking on condition of anonymity, a senior ETPB official informed that Vankwani’s name was being proposed as chairman of the board before the appointment of current chairman Dr Aamir Ahmed and it was also being expected that the Pakistan Tehreek-e-Insaf (PTI)-led government would hand over the chairmanship of the board to a representative of Hindu religion.

According to the official, Vankwani was hopeful that he would be appointed as chairman of the board as a large number of properties under the supervision of the board were belonged to Hindus and Hindu was the largest minority community of the country.

The official further informed the Prime Minister House later expressed personal interest in the appointment of ETPB chairman and decided to deviate from the tradition and appoint a non-political person to head the organisation.

Another official said that Vankwani alleged and criticised the board management due to improper conditions of the Hindu and Sikh shrines in the country. The allegations were totally baseless and a propaganda against the board.

He said that the shrines of Sikh and Hindu communities are maintained and could be compared with the religious places of any other community of the country. All the Sikh and Hindu rituals are properly conducted by the board. The work of the board was appreciated by the local Hindu and Sikh community as well as international community, which is evident from the visit of UN general secretary to Gurdwara Darbar Sahib, Narowal and successful conduct of recent rituals.

The official said, “Vankwani is not representing Hindu and Sikh community. The Pakistan Sikh Gurdwara Parbandhak Committee (PSGPC) is an official body of Pakistani Sikh community, which is duly notified by the federal government. The PHC is neither an official body from the federal government nor registered with any other provincial department. It is a pressure group, led by Vankwani, to grab trust properties. Vankwani is misusing the forums, including National Assembly, and running media campaign for his own vested interests.”

He added that the board has not sold a single property in the last three years. Moreover, the board has decided to pay the fees of Sikh and Hindu students, who are getting vocational training from the government institutions.