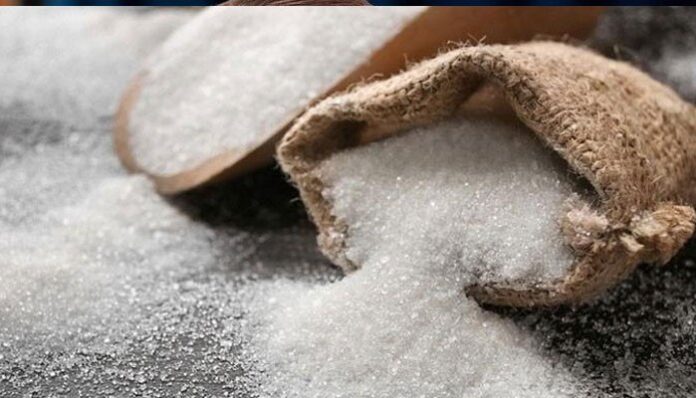 ISLAMABAD: While the price of sugar has already started going up in the market, the Sugar Advisory Board fails to develop consensus among stakeholders over the value of sugarcane.

According to sources, during a recently held meeting of the Sugar Advisory Board, differences among sugar mills, farmers and the authorities remained unaddressed, which may cause a further jump in the commodity’s price.

During the meeting, sugar millers expressed anger and frustration over the failure of the government to ensure smooth supply of sugarcane on the support price of Rs200 per 40 kilograms and indicated that if government failed in materialising its commitment, the country may see an increase in the price of sugar in the coming weeks.

Federal Minister of Industries and Production Hammad Azhar had informed the meeting that if the provincial authorities fail to reach any consensus with the sugar mills, there will be no option but to import either raw sugar for processing at the mills or import refined sugar and sell it at subsidised rates to consumers through utility stores.

As differences over the value of sugarcane continue, the price of the kitchen item has already increased by Rs5 to Rs6 per kg in the retail market during the past week. According to retailers, the retail price of sugar was currently Rs95 per kg while the wholesale rate was around Rs90. “But markets are filled with rumours that prices will go up, while at the same time we all know that authorities will be in action if the retail price reaches Rs98-Rs100 per kg.”

According to sources, the meeting was informed that despite the government fixing sugarcane support price at Rs200 per 40 kg, the current rates were Rs300 in Sindh, Rs270–Rs290 in Punjab and Rs290 in KP.

The industries ministry made the calculations that the retail price of sugar should be between Rs75 and 80, based on cane price at Rs200 per maund.

Meanwhile, the Sindh cane commissioner acknowledged that the rates were over Rs300 in the province due to the shortage of cane this year.

According to sources, the increasing role of middlemen after a new law under which all payments are needed to be made through banks, is also being considered as one of the causes of the jump in sugar prices.

The advisory board’s meeting was informed that a new class of middlemen was present near sugar mills because the new law required the sellers to have a bank account and most of the farmers don’t have it.

Hakim Ali Baloch, a farmer, claimed that bank account was an issue and that the new regulations require that “Cane Purchase Receipts (CPR) are to be issued to growers by the mills and amount to be paid through banks”.

“Many people do not have an account because the bank is around 20 kilometres away,” he added.

Moreover, the All Pakistan Sugar Mills Association (PSMA) has also expressed concerns that the sugarcane was not supplied to mills at the official support price.

The PSMA demanded the government to bring down sugar prices by abolishing 17 per cent sales tax on refined sugar, just like in the case of flour and pulses.

PSMA Central Chairman Iskander Khan, responding to the query, said on one hand, the government wants to reduce the price of sugar but on the other hand it is shying away from its responsibility of cutting down the role of middleman and ensure supply of sugarcane to mills at the fixed price.

“I have been writing to the government and raising these issues at every forum that the government should meet its commitment by supplying sugarcane at support price fixed by it. If not, in the coming months, the price of sugar will increase manifolds.”

Another suggestion made by the PSMA to the Sugar Advisory Board was to stop smuggling of sugar and gurr to Afghanistan and Central Asia to stabilise the local markets.