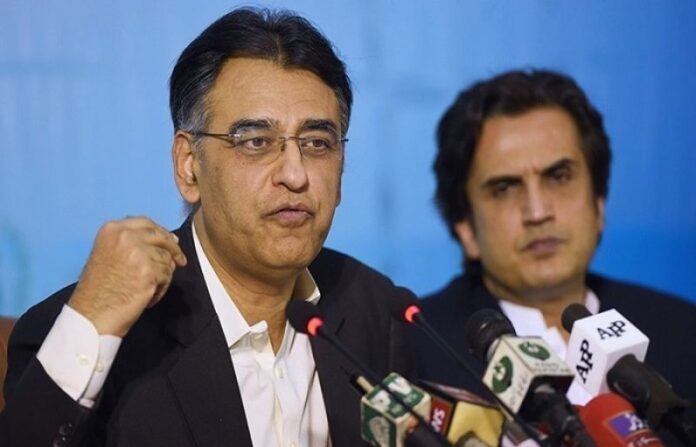 Planning and Development Minister Asad Umar said on Wednesday that industrial growth of the country was clearly accelerating as it witnessed “excellent results during the month of November last year”.

In a tweet, Asad Umar termed the growth in large scale manufacturing (LSM) during November 2020 as “excellent news” for the economy. He noted the average LSM growth during July-November FY21 was up 7.4pc, while in the month of November 2020, it was recorded at 14.5pc.

“The growth in November LSM was the highest for any month during the last 12 years,” he added.

Meanwhile, Economic Affairs Minister Makhdoom Khusro Bakhtiar has said that Pakistan’s economic performance was remarkable in the context of the second wave of Covid-19 and persistent growth contraction worldwide.

“While the global economy shrank 4.3pc due to the pandemic, Pakistan’s large scale manufacturing witnessed a growth of 14.5pc in November 2020 as compared to November 2019,” Khusro Bakhtiar said in a statement issued on Wednesday. “This success is reflective of Prime Minister Imran Khan’s vision for protection of the poor, smart lockdown approach, coupled with a stimulus package.”

On Tuesday, Pakistan Bureau of Statistics (PBS) revealed that the output of Pakistan’s large industries increased 7.4pc in the first five months of the current fiscal year on the back of sustained growth momentum for the third successive month.