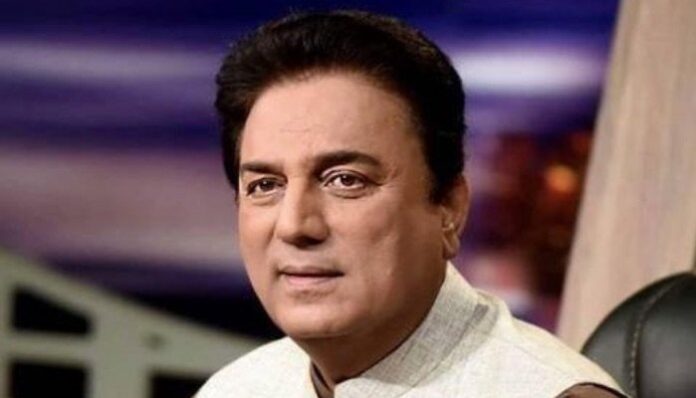 The Islamabad High Court (IHC) on Thursday barred Pakistan Tehreek-e-Insaf (PTI) leader Naeem Bukhari from working as the chairman of the Pakistan Television Corporation (PTV) after hearing identical petitions against his appointment.

IHC Chief Justice (CJ) Athar Minallah stated that there needs to be a clear reason to lift the 65-year age limit for Bukhari’s appointment. In this regard, the Ministry of Information and Broadcasting informed that court that two summaries had been forwarded to the federal cabinet on November 13 and 26.

The ministry said in reply to a question that the age limit had been relaxed. The minstry said that the reason for the relaxation was that “Naeem Bukhari is qualified for the post”.

The IHC CJ noted that the cabinet had not made a clear decision on relaxing the age limit, adding that Bukhari was a respected figure but “no one was above the law”.

Furthermore, the court noted that the summary sent to the cabinet was not correct.

“Did you inform them of the apex court verdict? By omitting it, you are embarrassing the federal cabinet as well,” observed the IHC chief justice, referring to the the Supreme Court decision to set aside the appointment of Ataul Haq Qasmi as the PTV chairman.

At the last hearing, the IHC CJ had observed that Bokhari’s appointment appeared to have been made in violation of the guidelines set by the SC.

The court further remarked that the Ministry of Information was not authorised to appoint PTV chairman.

The CJ also remarked that that the court does not typically want to interfere into the executive’s decision, with directives to the ministry to place a revised summary before the federal cabinet for review of the previous decision.

The hearing was adjourned for two weeks.

Separately, Federal Minister for Information and Broadcasting Senator Shibli Faraz on Thursday said that PTV was a national institution and the restoration of its past glory was the first priority of the government.

Addressing the PTV general managers (GMs) meeting, he said that restoration of viewers’ confidence should be the top priority of all PTV channels.

The minister said that the PTV and other state media have a key role to play in projecting the government’s initiatives, including Prime Minister Imran Khan’s stance on Islamophobia, Namoos-e-Risalat, advocating the Kashmiris’ case at international forums, and highlighting the country’s true image.

For the first time, Ehsaas Programme, Kamyab Jawan Programme, Shelter Homes and Langar Khanas have been launched for the poor, helpless and downtrodden, said Senator Faraz, and underscored that PTV should create awareness about the welfare projects.

Faraz directed that details about government initiatives and the PM’s speeches at UN and other international forums should be translated into regional languages.

He highlighted the role of PTV in showcasing regional music and culture. The minister said that steps should be taken to educate the young generation about literary personalities and national heroes.

PTV should take immediate steps to make its content better and more relevant for its viewers, the minister emphasized.

The meeting was attended by additional secretary Information, PTV Managing Director Shahira Shahid and other senior officials of the state-owned media station.

With additional input from APP