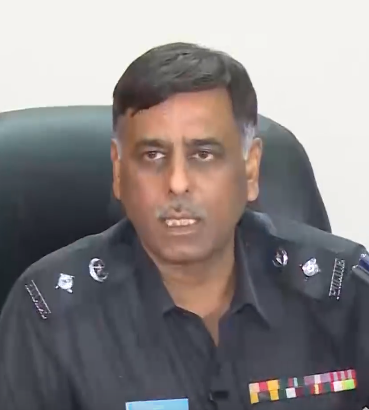 KARACHI: The counsel for former senior superintendent of police (SSP) Rao Anwar decided to withdraw his plea for exemption from personal appearance in the Naqeebullah Mehsud murder case after the Sindh High Court (SHC) dropped a hint to reject it on Thursday.

Justice Sheikh remarked, “Would it not be discrimination against others if Rao Anwar is excused from attending court proceedings?”

The ex-policeman’s lawyer maintained that according to a report received from intelligence agencies, his client is facing serious security concerns.

On hearing the argument, the chief justice remarked that in that case “we will order the trial court to hold hearings on a daily basis, and reject your plea”.

However, the petitioner’s counsel pleaded to the court to not reject the plea, saying he will withdraw it.

Granting the request, the court dismissed it on the grounds of withdrawal.

It may be recalled that former Malir SSP Anwar previously filed an application with the trial court seeking exemption from attendance in court hearing of the Naqeebullah murder case. His plea was rejected in the trial court after which Anwar had challenged the verdict in the SHC.

On March 25, 2020, the anti-terrorism court (ATC) had indicted the former SSP and others in the Mehsud murder case.

Anwar is accused of being involved in the murder of Mehsud and three others in a staged police encounter in Karachi.

Mehsud was killed on January 13, 2018 in Karachi during a fake encounter allegedly staged by Anwar.