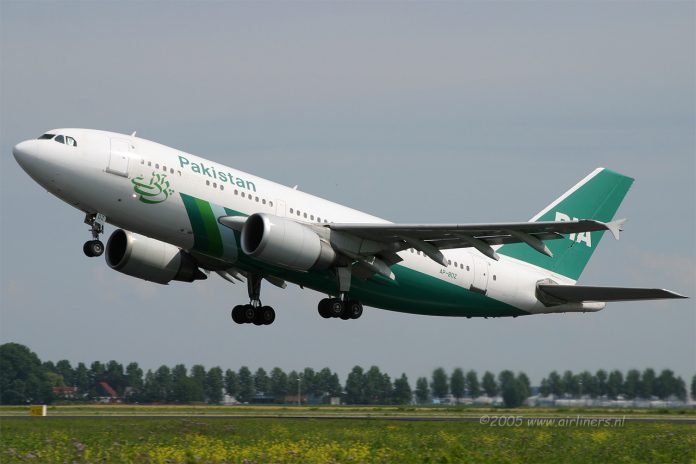 A Pakistan International Airlines (PIA) plane was held back in Malaysia as part of a legal dispute between the airline and another party, the national flag carrier said on Friday.

In a statement posted on Twitter, the airline said: “A PIA aircraft has been held back by a local court in Malaysia taking a one-sided decision pertaining to a legal dispute between PIA and another party pending in a UK court.

“The passengers are being looked after and alternate arrangements for their travel have been finalised,” the statement said.

“It is an unacceptable situation and PIA has engaged support from the government of Pakistan to take up this matter using diplomatic channels.”

Commenting on the legal dispute, PIA spokesperson Abdullah Hafeez Khan told Dawn.com that it was a “payment dispute between us and the party Perigreen” that had been filed in the UK courts about six months ago.

The spokesperson refused to give further details on the dispute, adding that the Malaysian court took an “ex-parte decision causing inconvenience to the passengers who had already boarded the plane”.

According to orders passed by the Kuala Lumpur High Court on Thursday seen by Reuters, the plaintiff of the case is Peregrine Aviation Charlie Limited and the matter pertains to two jets leased to PIA by Dublin-based AerCap, the world’s largest aircraft lessor, in 2015.

They are part of a portfolio that AerCap sold to Peregrine Aviation Co Ltd, an investment unit of NCB Capital, the brokerage arm of National Commercial Bank SJSC, in 2018.

Tracking data from Flightradar24 showed only one of the two Boeing 777s covered by the court order is currently in Kuala Lumpur. The other was last recorded in Karachi last month. AerCap, which continued as part of the agreement to provide lease management services to Peregrine, declined to comment.

Malaysia Airports Holdings Berhad, the country’s airport operator, and its subsidiary were ordered to make sure the aircraft do not leave Kuala Lumpur International Airport.

Malaysia’s Ministry of Transport said in a statement on Friday that the aircraft was being held pending legal proceedings set for January 24.

Malaysia Airports Holdings Bhd said the matter was not related to airport operations.

In response to a question about the issue, Foreign Office spokesperson Zahid Hafeez Chaudhri said the Pakistani high commission in Malaysia was in close contact with the relevant Malaysian authorities and PIA “to address the issue at the earliest”.

“Meanwhile, the passengers are being properly looked after and alternate arrangements for their travel to Pakistan have also been finalised,” he said, adding that they will be departing Kuala Lumpur by Emirates flight EK-343 later tonight.