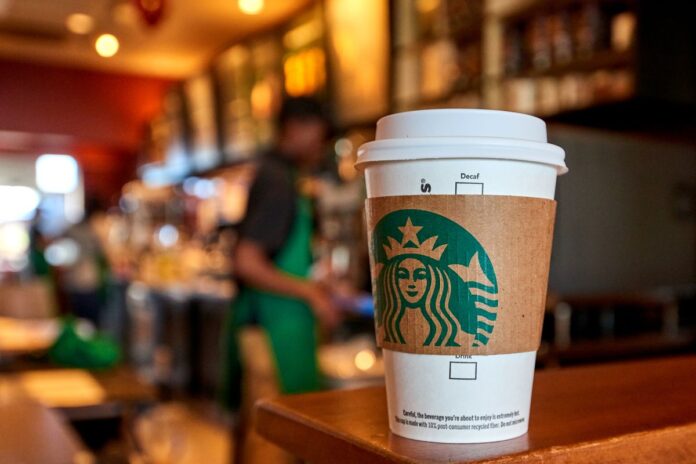 NEW YORK: Starbucks Corp has reported a larger-than-expected fall in quarterly sales as the renewed surge in coronavirus cases in the United States kept customers at home.

The world’s largest coffee chain’s global same-store sales fell 5% in its first quarter, which ended Dec. 27, more than analysts’ estimates of a 3.4% decline, according to Refinitiv IBES data.

The second wave of COVID-19 infections and accompanying restrictions dented traffic at the coffee chain’s stores, hampering its efforts to boost demand through product launches and new drive-thrus.

Comparable sales declined 6% for the Americas region, compared with a 5.2% fall expected by analysts.

But in China, Starbucks’ biggest growth market, comparable sales rose 5% as the company benefited from the popularity of its rewards program and the return of pre-coronavirus consumer habits.

Starbucks also said Chief Operating Officer Roz Brewer would be leaving the company next month to take a chief executive officer role at another company.

The Wall Street Journal reported that she would take the helm at Walgreens Boots Alliance Inc. Walgreens did not immediately reply to a request for comment.

For the second quarter, Starbucks said it expects U.S. comparable sales to rise between 5% and 10%, while in China they were forecast to grow nearly two-fold a year after the pandemic hit the region.

The company did not change its guidance of an expected rebound overall this year, with global comparable sales expected to rise 18% to 23% in 2021.

The Seattle-based company has been closing some stores, adding drive-thrus to others, remaking some with smaller cafes and building a few with no seating at all as it focuses on expanding to-go options.

Overall, the company opened 278 net new stores in the quarter, for 4% year over year growth. It now has 32,938 stores around the world, 51% of which are company-operated.