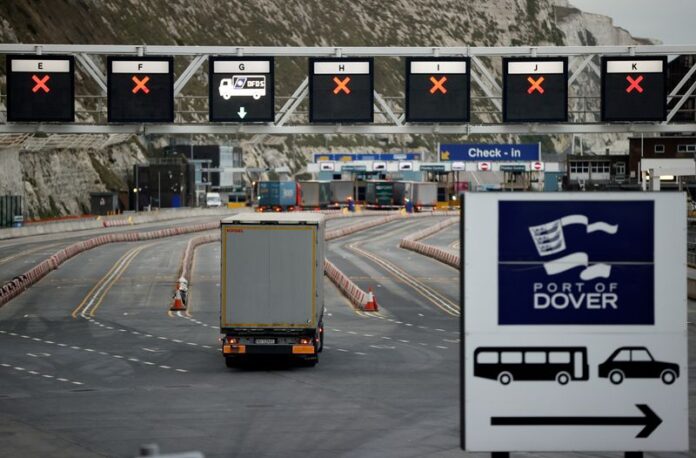 LONDON: Early signs of disruption caused by Britain’s shift to its new, less open trading relationship with the European Union are emerging in economic data.

Although the biggest problem for many companies remains the COVID-19 pandemic, details of recent surveys show that Brexit is adding to the strain on the economy.

Manufacturers and services firms have been hit hard by supply chain and export disruption, according to data company IHS Markit.

“This was almost exclusively linked to both Brexit disruption and a severe lack of international shipping availability,” IHS Markit said.

Under a deal struck last month, trade between Britain and the European Union remains free of tariffs and quotas but a new full customs border means goods must be checked and paperwork filled in.

Using a phrase that has angered many business owners, Prime Minister Boris Johnson described the disruption as “teething problems” which have been exacerbated by the COVID-19 pandemic.

Trade experts think some of the extra cost and bureaucracy will be permanent. Proponents of Brexit say Britain will benefit in the long run by striking its own trade deals and forming its own regulations outside the EU.

Brexit disruption in the first quarter of 2021 was likely to reduce British economic output by around 1%, International Monetary Fund Chief Economist Gita Gopinath said on Wednesday.

Services companies – which account for the bulk of the British economy and generate a surplus in trade with the bloc – were hit this month, the IHS Markit survey showed.

Services exports deteriorated faster in Britain than in any other of the six flash PMIs published this month, bucking a trend of improvement seen in most other countries.

“The service economy was hard-hit by restrictions on trade and reduced consumer spending at the start of the year,” IHS Markit said.

Following the initial disruption, a truer picture of the costs and benefits of Brexit is likely to emerge over time, although many businesses are not hopeful.

A Confederation of British Industry survey published last week showed British manufacturers’ confidence in their ability to compete in the EU market has fallen to its lowest level since records began 20 years ago. 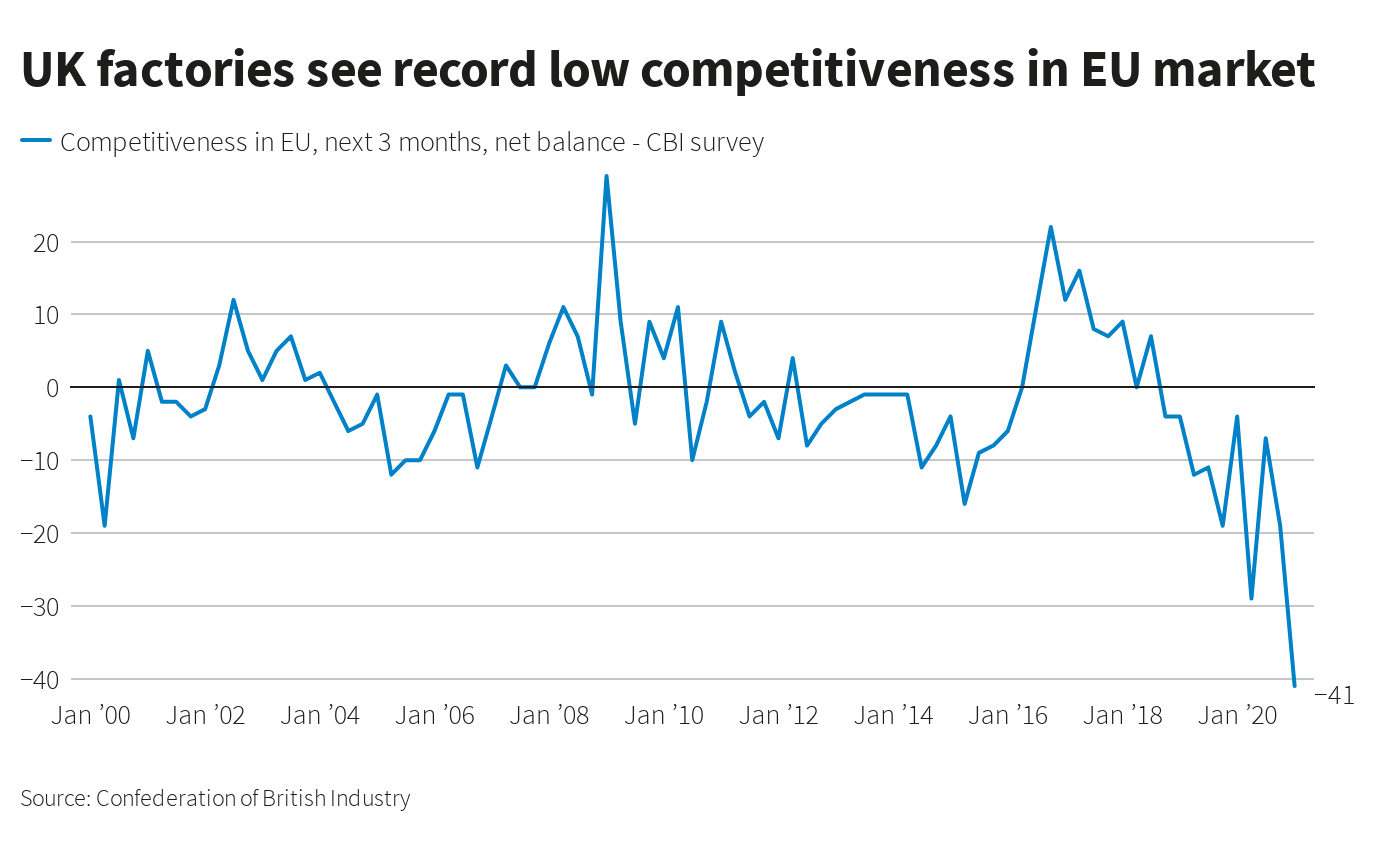