Pakistan asks Kuwait to convene JEC meeting once per year 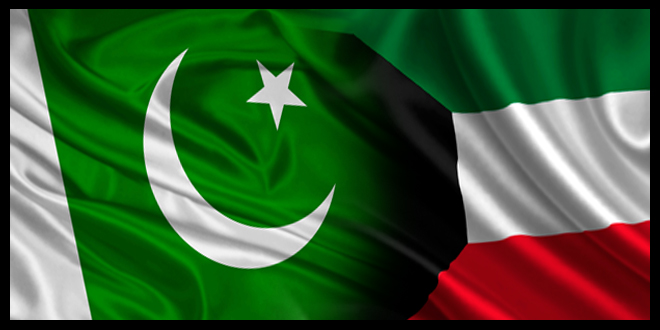 ISLAMABAD: Economic Affairs Division Secretary Noor Ahmad has requested the Kuwait delegation to convene the Joint Economic Committee (JEC) meeting on annual basis to discuss bilateral economic issues, Pakistan Today learnt.
Since the inception of Pak-Kuwait JEC, only four sessions have been convened. Pakistan proposed the convening of JEC meetings on annual basis in order to enhance mutual cooperation.
The Pakistani side also asked the delegation to establish the Joint Business Council (JBC) as most of the trade and investment between the counties takes place through the private sector.
The Pakistani team reportedly also asked for the enhancement of trade between the two countries. Presently, the total trade volume between the counties is $1,229 million. Therein, Pakistani exports are the only $104 million, whereas imports stood at $1,125 million.
Pakistan has huge potential for export of rice, meat, fruit and vegetables to Kuwait, the Pakistani side communicated to the Kuwaiti delegation.
Noor Ahmed also informed the delegation that the present government’s investment-friendly policies have restored the confidence of international companies regarding investment in Pakistan.
As per World Bank’s (WB) recent ratings, Pakistan’s ranking in “Ease of Starting a Business” has improved from 130 to 72 and is placed at the second position in South Asian countries.
The Pakistani team also asked Kuwait to increase its financing through the Kuwait Fund, which is used by the Kuwaiti government to support developing countries.
Kuwait Fund has financed a number of development projects in Pakistan; however, keeping in view our historic relationship and size of Pakistan, we feel that the Kuwait Fund should significantly increase its financing for Pakistan, the secretary expressed.
In this regard, Pakistan proposed signing a framework agreement to finance high-quality projects for the next five years.
Reportedly, the Kuwait side was fully agreed with the above-mentioned proposals by Pakistan.