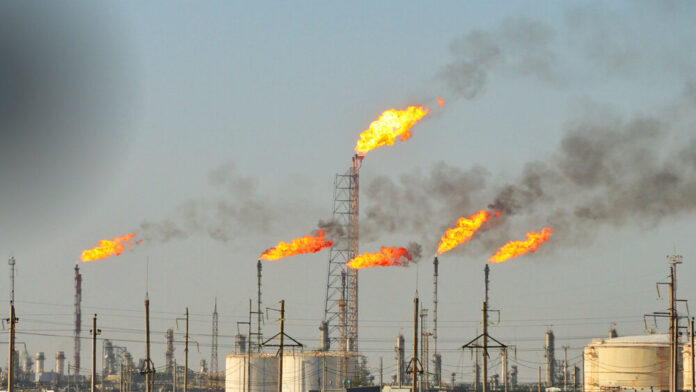 ISLAMABAD: Flare gas is currently being burnt in the air at various field sites of the country as the Oil and Gas Regulatory Authority (OGRA) has so far not allowed its utilisation for commercial purposes, it was learnt on Wednesday.

According to sources, as many as 18 applications seeking licence for use of flare gas are pending with the OGRA for the last four years. But hindrances created by different functionaries of OGRA in this regard has so far caused around Rs40 billion loss to the national exchequer.

“Unfortunately, wastage of flare gas is going unnoticed despite the fact that daily production of flare gas from different fields is approximately 100 Million Cubic Feet,” an insider said. “Flare gas could not be injected into gas pipelines due to delay in OGRA decisions in this regard.”

As per the sources, CNG stations are among the main consumers of flare gas, as identified by the applicants seeking licence from OGRA for sale of flare gas at CNG stations. Similarly, Utilization of Flare Gas Guidelines, 2013, do not restrict utilization of flare gas in CNG sector. In addition, according to clause F (I) and G, flare gas can be sold to third party at a negotiated price mutually agreed specifications.

However, different OGRA functionaries have so far raised serious reservations with respect to flare gas specifications, works related to compression at well-head/oil & gas field/site, transportation procedures, decanting of flare gas at CNG stations, specific design of equipment at CNG stations, and use of flare gas in CNG converted automobiles.

According to documents, the total potential of flare gas conservation in the country is over 100MMCFD, while use of only 20MMCFD of flare gas for commercial purposes could help the exchequer earn around $300,000 per day or $109.5 million per year.

It is pertinent to mention that OGRA Member (Gas) Muhamamd Arif, in a letter dated 11th February 2021, had requested the acting OGRA chairman to take necessary measures to control the damages caused to the institutional reputation, integrity and obligations of OGRA as regulator. He said that confusion created by different functionaries of OGRA over the issuance of flare gas licence has become big problem in spite of his best efforts.