Only four equity ETFs have been launched, and their market volumes have been dismal 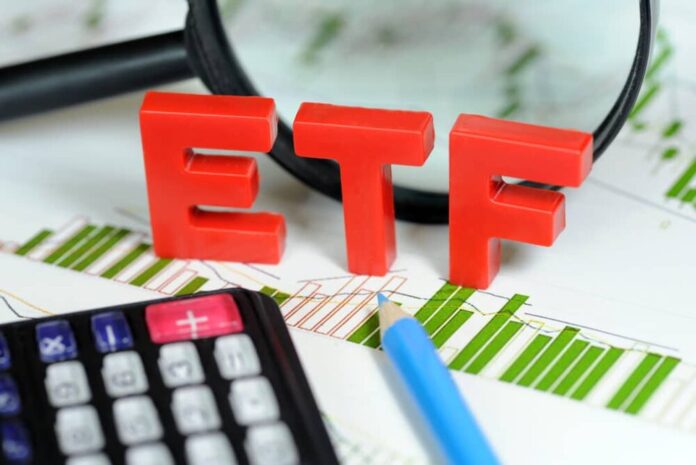 During the last ten years, more capital has flowed into Exchange Traded Funds (ETF) than conventional mutual funds on a global level. This has given rise to low-cost passive investment management strategies. Retail and institutional investors alike have adopted indexing in favor of active management, where high expense ratios often resulted in underperformance vis-a-vis the relevant benchmark. Adoption of indexing has created a new class of power brokers among those who develop and maintain indices, shifting the balance of power away from active fund managers.

In the local context, the asset management industry has largely stayed behind the curve. After much deliberation and multiple committees established by the regulator over a decade, the first ETF was finally launched in 2020 amidst much fanfare. To this day, only four equity ETFs have been launched. Market volumes associated with these ETFs have been dismal at best.

Since the launch of the first ETF, a cumulative of Rs 170 million worth of seed capital has moved towards these ETFs.  The flow of capital from external retail or institutional investors would be less than Rs 50 million. Assets under management through ETFs are less than 0.1 percent of total equity AUM being managed by the asset management industry.  Average daily volume traded for all ETFs is 75,648 units, while the median is one-third of it at 23,750 units. The average daily traded value is around PKR 0.56 million, making the ETFs practically illiquid under any liquidity measurement criteria. In a nutshell, there is barely any traded volume, and that is not because of any lack of demand, but largely due to supply side inefficiencies. 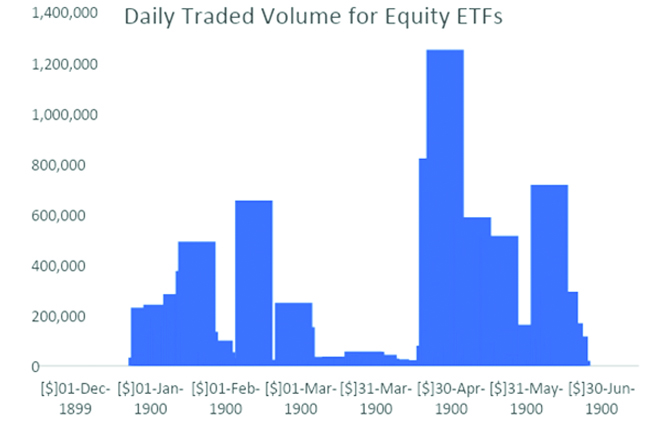 The underlying mechanics of an ETF are simple.  An asset management company (or any other designated entity) launches an ETF to track a pre-defined index.  An Authorized Participant (AP) is appointed which can either buy or sell units of ETF from the asset management company against a basket of index constituents. Issuance and redemption of ETF units is only done ‘in-kind’, where an AP would exchange ETF units against a fixed basket of index constituents.  In conventional funds, the units are exchanged for cash, rather than ‘in-kind’.  The AP then ideally does transactions in the market, providing liquidity as and when required.

However, in the local context, it is possible to take short positions only through future contracts, and for a handful of stocks only where ample liquidity is available. Before a thriving market for ETFs can be established, short positions must be allowed at least for ETF constituents in order to enable effective hedging.

Another structural hindrance which discourages market makers is presence of circuit breakers.  Following the market turmoil in 2008, a circuit breaker of five percent (or PKR 1) was imposed, whichever is higher (or lower).  In-effect, the price of a majority of stocks could not move by more than five percent.  Such an arbitrary mechanism adversely affected the price discovery process, while minimizing the need for risk management, as daily losses were essentially capped, leading to complacency in managing market risks. For a market maker to effectively manage its position, it is essential that unfettered access is available to ETF constituents for buying and selling.

A circuit breaker essentially restricts a market maker from taking a long position when a stock is capped, and from reducing a position when a stock is at the floor.  Such an anomaly contributes towards a tracking error, while hindering the process of market making.  Recently, the circuit breakers were expanded to seven and a half percent after being fixed at five percent for more than a decade.  These circuit breakers eventually need to be phased out, and replaced by market halts.  The sooner they are phased out, the better it will be for ETFs, and for other products, as structuring options, or other synthetic products is not possible, or efficient with arbitrary circuit breakers.

The asset management companies also do not have an incentive to promote ETFs, or invest in the same.  Cumulative seed capital in existing ETFs is only PKR 170 million, or less than one percent of their total assets under management.  ETFs given their low-fee structure, with a management fee of less than one percent have the potential to cannibalize existing funds, where management fee is in the range of two and a half, to three percent.  Incumbent players simply do not have an incentive to push for growth of ETFs, as that actually hurts their existing business model where expense ratios can be considerably higher.

The problems associated with ETFs are supply-side related, whether it is the absence of market makers, arbitrary circuit breakers, or a collusive market structure which may get upended once low-cost passive funds make more economic sense for retail, and institutional investors alike.  Any move to transition away from market-based pricing to a formula-based pricing would also be detrimental for the evolution of ETFs in an already product starved capital market.

The opportunity is still not lost.  Economic green shoots are emerging, and capital markets can play a pivotal role in supporting overall macroeconomic growth, while also developing the capital market ecosystem.  Development of new ETFs, particularly on the fixed income front can play a key role in enabling retail investors, and savers alike to invest directly in sovereign and corporate paper.  The critical lever even in this case would be a market maker, with enough depth to provide two-way quotes for sovereign paper for starters.  Such a class of ETFs will upend the fixed income market largely dominated by a few big institutional players, and support market depth.

Number of active retail investors in Pakistan is less than 300,000, with depressingly low growth rates over the years.  The hope here is that technology will disrupt capital markets in the country, through the likes of a local version of Robinhood, or Zerodha, or through highly efficient and low-cost execution through technology.  ETFs are a convenient vehicle through which novice and expert investors both can take exposure to the market, whether they be local, or foreign investors. Having the right market infrastructure in place remains critical, which necessitates solving supply-side issues.  If you build it (market infrastructure), they will come (investors).

If the government hears PAAPAM out, their automotive model can work for Public sector bodies and corporations
Read more