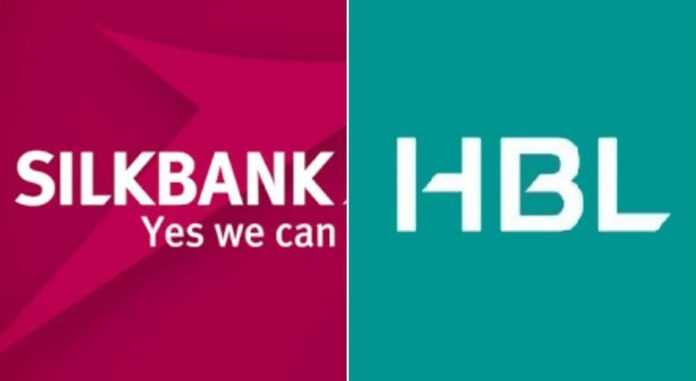 KARACHI: Fauji Foundation, owner of Askari bank wanted to buy Silkbank. Well, they do not want to anymore. In a notice to the PSX, Silkbank states that Fauji Foundation is no longer proceeding with the due diligence of Silkbank.

However, there is a new buyer on the block, Habib Bank Limited (HBL), which has requested Silkbank Limited to apply to the State Bank of Pakistan to proceed with the due diligence of the Consumer Portfolio of the bank comprising of credit cards, running finance, and personal installment loans.

The Board of Directors of Silkbank Limited have approved this on April 7, 2021.

Fauji Foundation says no to Silkbank

“Silkbank hereby notifies the Pakistan Stock Exchange that the Board of Directors of Silkbank Ltd in its meeting held on January 28, 2021, has subject to the approval of the State Bank of Pakistan, given its in-principle approval to allow Fauji Foundation to conduct the required due diligence,” the notice to the PSX read.

Had this gone through, it would be an indirect merger attempt considering that Fauji Foundation has a controlling stake in Askari Bank.

However, as per the recent notice to the PSX issued on April 8, 2021, “Fauji Foundation will not be proceeding with the due diligence process of Silkbank Limited in pursuance of its application in this regard.”

Does it make sense to buy Silkbank?

To keep it simple, Silkbank is an ailing bank.

The bank’s market share has been low, hovering around 1pc of the total banking industry’s deposits for the last decade. Still, the bank ended up at Rs148 billion in 2019. The compounded annual growth rate (CAGR) for deposits for Silkbank for the period between 2014 and 2019 is 16.7pc, which is higher than the industry CAGR for the same period, at 11.9pc.

Silk bank witnessed significant stress in its lending assets during the pandemic year which jumped its infection to 32pc in 9MCY20. Recently, it announced that HBL is interested in acquiring its consumer portfolio which currently has assets up to Rs121bn, the sector alone contributed Rs1.09bn to the bank’s profitability in 9MCY20; its sale to HBL would enhance HBL overall consumer segment exposure and its profitability eventually.

“If the acquisition does go ahead, fundamentally I think it may be at a discount to its book value. The bank is in losses since the last few quarters,” says Faizan Khan, senior equity analyst at Arif Habib Limited.

Khan adds, “Silk’s Capital Adequacy ratio is also below the minimum required levels so the bank is not in very good health.”

And who owns Silkbank? According to Silkbank’s latest annual report for the year ending December 2019, around 62.39pc of the bank’s shares are held by associated companies and related parties. This can be further categorised as: the Arif Habib Corporation holds 28.23pc, former finance minister Shaukat Tarin holds 11.5pc, the International Finance Corporation holds 7.74pc, Zulqurnain Nawaz Chattha (one of the owners of Gourmet Foods) holds 7.47pc, Nomura European Investment Ltd 3.93pc and Bank Muscat holds 3.48pc.

For most of the last decade, the bank was headed by Azmat Tarin, the younger brother of Shaukat Tarin (a key investor in the bank).