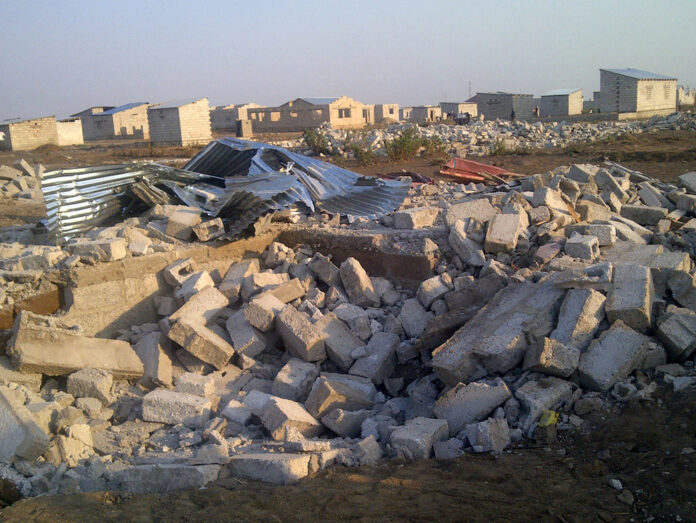 LAHORE: The Punjab government has issued a notification to form a five-member commission to tighten the noose around illegal housing schemes in Punjab, Profit learnt here on Saturday.

According to the notification signed by the Punjab governor, the chairman of the commission, who would be a retired judge, will be selected in consultation with the chief justice of Pakistan (CJP).

Other members of the commission would include a town planner, civil engineer, director environment and a legal adviser, all of whom will be required to have 20 years of experience in their respective fields.

The main purpose of setting up the commission is to provide protection to residents of housing schemes and prevent irregularities in housing societies.

According to the notification, the powers of housing schemes against the rules have been handed over to the commission, which will hold the power to rehabilitate cemeteries in housing societies that violate the rules.

The commission will direct housing societies to build cemeteries within a five-kilometre radius of their society and the developers who do not have space for hospitals and mosques in residential societies will also have to pay a fine.

The commission’s decisions will also apply to the old anti-regulation housing schemes however, societies that will be formed after the functioning of the conciliation commission will be the responsibility of the concerned departments.

Sources in the Lahore Development Authority (LDA) informed this scribe that housing societies in the provincial capital abide by the rules to some extent, but there is complete lawlessness in other cities.

“Many housing societies even build boundary walls without approval and start selling plots and houses. The situation is likely to improve to some extent only if the commission keeps a complete check and control in Punjab. However, the implementation of the rules is a big challenge because the people involved in this business are very powerful and related to mafias,” they said.

“If the rules are enforced on them, they go to court and continue to violate the rules under the guise of court cases,” they concluded.