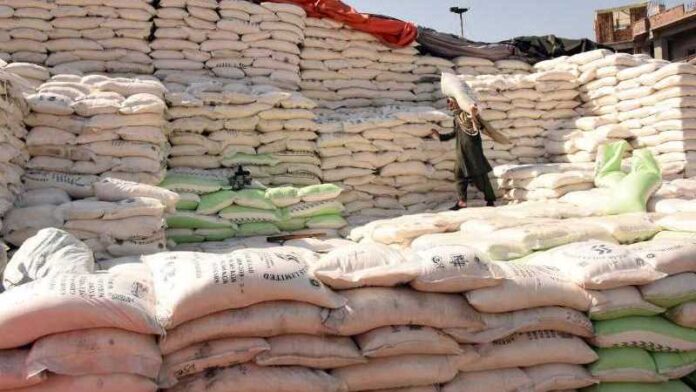 ISLAMABAD: The Competition Commission of Pakistan (CCP) has expressed reservations over the Punjab government’s decision to fix sugar price, warning that it would cause movement of sugar from Punjab to other provinces apart from having other consequences.

The commission in its Policy Note, issued on Saturday, advised the government to deregulate the sugar industry to promote free trade mechanisms where price signals can be effectively conveyed to all stakeholders to attract investment, increase competitiveness, and reduce distortions in local supply.

According to sources, the Policy Note was issued in the context of a circular issued by the provincial government for fixing the maximum retail price of sugar at Rs85 per kg.

The CCP observed that since Punjab is the only province to set a rate ceiling, one immediate effect could be that sugar could move to other provinces where no price ceiling is in place and it can command a higher market price.

The commission highlighted that the price control could also encourage hoarding by suppliers or impulsive buying by consumers, especially ahead of Ramzan, both of which will likely result in a shortage in the market and even higher prices for consumers.

“The possibility of the political fallout of higher prices makes governments frequently resort to regulating prices, particularly in times of high inflation and shortages,” said the watchdog.

However, it added that the promulgation of the Sugar (Supply-Chain Management) Order, 2021 by the Punjab government to prevent hoarding of sugar by the mills is a step in the right direction.

Due to various factors such as economies of scale, labour, equipment productivity and access to crop vary between different mills, it may not be possible for all the mills to produce sugar at the same cost and offer the same rate. Imposing the maximum retail price could mean that some mills, which must purchase sugarcane at the minimum support price, may not be able to break even. In this case, they would be under pressure to reduce the cost below government rate,” the note says.

As per officials, the price of sugarcane is the major cost factor in production. Mills may be hesitant to buy sugarcane at the minimum support price (MSP) and pressurise farmers to sell sugarcane below the MSP, which could force farmers to shift from cultivating sugarcane to other crops; thus setting the stage for reduced domestic production and undesirable shortages in the market in future.

As a result of this, the government may have to import sugar and pay the price in the shape of a rising import bill for a commodity for which sufficient land and infrastructure is available in the country.

“If the market is deregulated, with free entry and exit, regulations and repeated interventions would not be needed,” the CCP said, adding that in an environment of open market competition, even mandatory crushing laws would not be required.

It added that most of the problems in the sugar sector stem from both over-regulation and lack of competition.

For the end consumers, the prices may go up once such price fixing is lifted, the note stressed.

The CCP has blamed policymakers for giving protection to the country’s sugar industry through tariffs and subsidies that have not allowed it to develop the necessary capability to compete in the international market for sugar by-products including ethanol which was in much higher demand compared to sugar itself.

To tackle the issues, the commission suggested a more efficient agriculture policy, which would take all factors into consideration, including domestic exigencies as well as international reality and direction. “This will be in line with the federal government’s desire to achieve effective deregulation,” the note said.

The CCP also recommended the provincial government to focus on R&D in yield and quality and to make technological improvements in the processes at the mills to make the manufacturing process more efficient and cost productive.

Additionally, it recommended the Punjab government adopt a more efficient agriculture policy, which would take all factors into consideration, including domestic exigencies as well as international reality and direction.

“Deregulation, removing subsidies and ensuring competition in the market are much better options than setting a price ceiling,” the Policy Note concluded.