Government officials at petroleum division, oil marketing companies in the hit-list of authorities for investigation 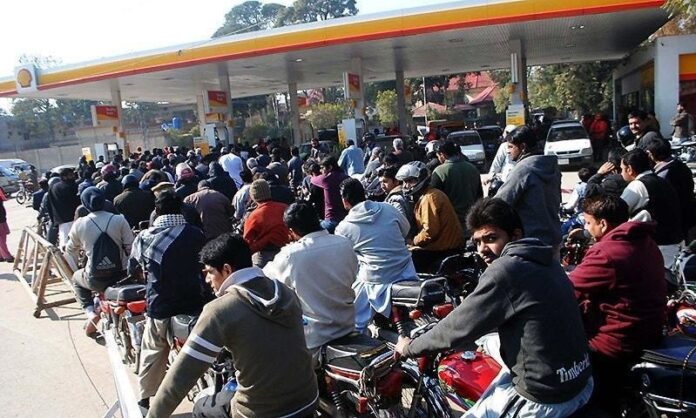 ISLAMABAD: The National Accountability Bureau (NAB) and the Federal Investigation Agency (FIA) have separately moved to take action against individuals responsible for the petrol shortage crisis in June 2020, and have asked Petroleum Division to provide relevant records along with Inquiry Commission reports.

According to sources, NAB Rawalpindi has started inquiry into the shortage of petroleum products which caused approximately Rs25 billion in losses to the national exchequer last year.

Under the inquiry, the Bureau will look into the role of Petroleum Division secretary, director general (DG) of oil at the Ministry of Energy (Petroleum Division), and oil marketing companies (OMCs) in the petrol crisis. The Bureau has requested the petroleum secretary to provide relevant records till April 26, 2021.

Similarly, NAB will also examine the alleged connivance of government officials with OMCs.

Sources said that the grant of provisional license to the OMCs for starting operation was a criminal act and NAB will investigate the officers of oil refineries, OMCs and the Inter State Gas System (ISGS). They said that officers of different companies are appointed in the petroleum division and they have allegedly been influencing the policy and decision making which has resulted in massive losses to the national exchequer while benefits for their respective companies.

According to sources, the federal cabinet had earlier advised the Federal Investigation Agency (FIA) to complete the inquiry within three months. Investigation would later be transferred to NAB from FIA for collection of funds plundered from the national exchequer.

Besides NAB, the FIA has also moved to take action and asked the petroleum division and the Oil and Gas Regulatory Authority (OGRA) to provide relevant details and records pertaining to OMCs and the inquiries so far done to unearth facts behind the petrol crisis.

It was also learnt from sources that the government has ordered the FIA to carry out forensic audits over the failure of maintaining a minimum of 20-day stock as per the license requirement of OMCs. The Authority will carry out audits over failure to ensure lifting of products by OMCs from local refineries, apparent maneuvering of berthing plan of vessels, failure to ensure implementation of PRM decisions regarding imports, fake sales, hoarding and discrepancies between the reported and actual supplies to retails outlets by OMCs.

The committee had recommended administrative actions including removal of then special assistant to the prime minister (SAPM) on petroleum, Nadeem Babar, having the secretary Petroleum to report to the Establishment Division, removal and transfer of officers of the directorate general of oil, removal and transfer of port authority officers who were involved with the alleged delay in berthing ships and appointment of professional officers on technical positions through objective criteria.

The committee had further recommended creation of a monitoring cell in the Petroleum Division for reliable data collection, to end reliance on Oil Companies Advisory Council (OCAC) during analysis and decision making, establishment of new testing labs able to test all petroleum products, as well as mandatory testing of imported petroleum products.

It was further recommended that OGRA Ordinance 2002 may be reviewed to remove the ambiguity regarding the roles and responsibilities of the Petroleum Division and OGRA, and that they be assigned to the Ministry of Law and the Cabinet Division.

Similarly, further action that the government may take against culprits behind the petroleum crisis includes making sure that OGRA redefines punitive measures against illegalities, irregularities and number fudging to show fake supplies, establishing illegal petrol pumps, sale of smuggled and adulterated products, construction of strategic storage of  refined products and crude oil, up-gradation of outdated refineries with modern technology to reduce cost, increase efficiency and provision of environment friendly products to the citizens.

It is pertinent to mention that Secretary Petroleum Mian Asad Hayauddin is still engaged with petroleum division despite issuance of directions on 26th March, 2021 from the federal cabinet in this regard.