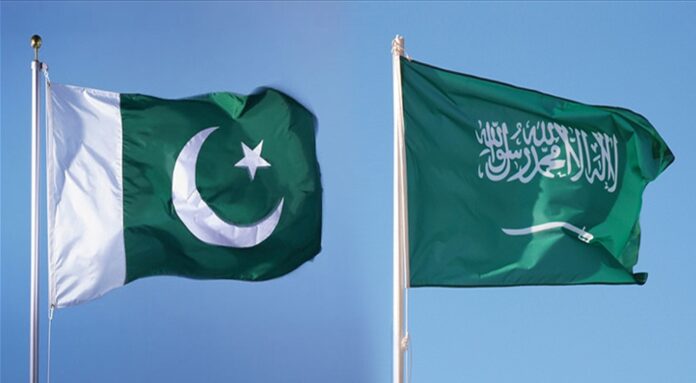 Saudi Arabia has agreed to restart oil aid to Pakistan worth at least $1.5 billion annually in July, according to officials in Islamabad, as Riyadh works to counter Iran’s influence in the region.

The acrimony between the two long-time allies has eased after Prime Minister Imran Khan met Saudi Crown Prince Mohammed bin Salman in May, according to a report by the Financial Times.

Speaking at a joint news conference with Energy Minister Hammad Azhar, Special Assistant to the Prime Minister (SAPM) on Revenue and Finance Dr Waqar Masood Khan said that announcement had been made for $1.5bn per annum oil supplies from Saudi Arabia on deferred payments.

However, he declined to talk further about details of the oil facility and the reasons behind its reduction from $3bn originally agreed about three years ago which could not be effectively implemented amid cracks in bilateral relations.

The SAPM said the government had made very realistic estimates about collection of Rs610bn petroleum levy during the next fiscal year even though some critics were terming it unrealistic and claimed the levy would have to be increased to Rs25 from Rs4-5 per litre at present.

News of the oil deal with Pakistan comes as Saudi Arabia embarks on a diplomatic push with the US and Qatar to build a front against Iran, said analysts. Riyadh lifted a three-year blockade of Qatar in January in what experts said was an attempt to curry favour with the newly elected Joe Biden.

Pakistan had shifted closer to Saudi Arabia’s regional rivals Iran and Turkey, which, along with Malaysia, have sought to establish a Muslim bloc to rival the Saudi-led Organisation of Islamic Cooperation.

Ali Shihabi, a Saudi commentator familiar with the leadership’s thinking, said that “bad blood” had accumulated between Riyadh and Islamabad, but recent bilateral meetings had “cleared the air” and reset relations to the extent that oil credit payments would restart soon.

However, Ismail Iqbal Securities head of equity research Fahad Rauf said: “Any amount of dollars helps because time and again we face a current account crisis. And with these prices north of $70 a barrel anything helps”.

Pakistan’s foreign reserves were more than $16bn in June compared with about $7bn in 2019 before it entered its $6bn IMF programme.

Robin Mills at consultancy Qamar Energy said that the timing of the Saudi gesture was “interesting” given that Iran was preparing to step up oil exports with the US considering easing sanctions.

Ahmed Rashid, an author of books on Afghanistan, pointed out that Pakistan was caught between China, which has invested billions of dollars in infrastructure projects, and the US. “Pakistan has to play it carefully, it is dependent on China for the Belt and Road, dependent on the west for loans,” said Rashid. “This is a very complex game.”