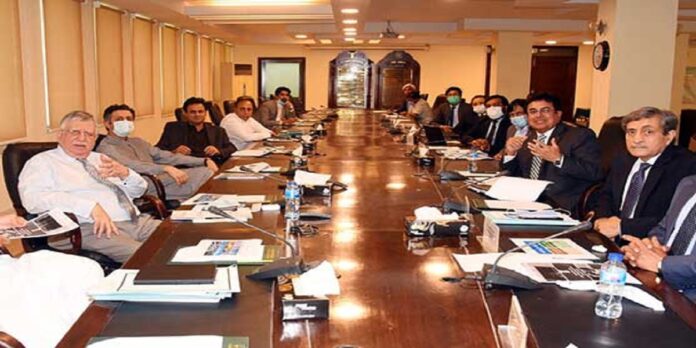 ISLAMABAD: The Cabinet Committee on Privatisation (CCoP) on Wednesday directed the Privatisation Commission and Ministry of Petroleum to further examine divestment of the government of Pakistan’s shares in Mari Petroleum Company Limited.

The directions were issued by Federal Minister for Finance and Revenue Shaukat Tarin while chairing a meeting of Cabinet Committee on Privatisation (CCoP) on Wednesday.

Tarin said that the divestment issue should be further examined in light of discussions held during the meeting and ordered the authorities concerned to present a comprehensive proposal in the next meeting of the CCoP.

The committee also discussed the proposal for privatisation of Services International Hotel and after thorough debate, approved the revised reserve price subject to further approval by the federal cabinet.

The CCoP also examined the proposal for removal of Pakistan Engineering Company (PECO) from active privatisation list and directed the constitution of a committee consisting of representatives of Privatisation Commission, Law Division, Establishment Division, Industries and Production Division, Finance Division and Securities and Exchange Commission of Pakistan (SECP) to thoroughly analyse the case and come up with its proposals on issues highlighted in the meeting.

The ECC during its meeting held on Wednesday approved a technical supplementary grant of Rs98.700 million to meet the requirements of Frontier Corps KP (South), DI Khan under Interior Division.