The tax will affect the poor the most, but it has also thrown the telecom industry into new territory 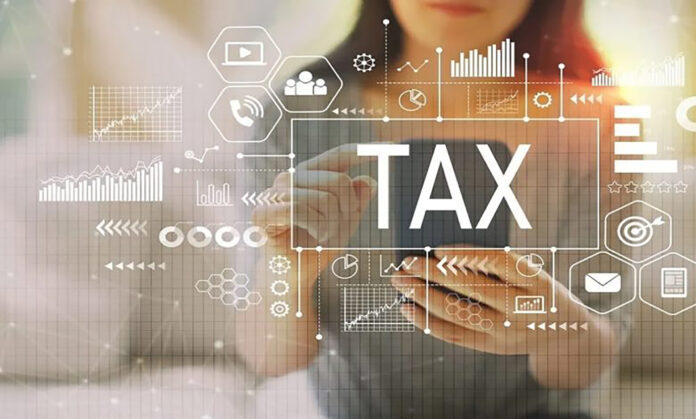 When Finance Minister Shaukat Tarin announced that the government was imposing an additional tax of Rs0.75 on each call exceeding the 5 minute duration during his budget speech, it took a moment and a half for it to set in how insidious the larger implications of the tax could be. The initial reaction, as with most things these days, were jibes on twitter.

People joked how the tax would only really be worrying lovebirds with long calls to make regularly, and how they would now have to switch to WhatsApp and rely on the effectiveness of their Wifi connections. This then prompted another thought – the tax would most disproportionately affect those that do not have Wifi connections and Whatsapp. That means if a rural migrant labourer in Lahore calls his family back home for more than five minutes, they will be charged this extra tax because they either cannot afford a smartphone or do not have a stable internet connection to call over platforms like Whatsapp.

Now, the government hopes to collect an estimated Rs20-30 billion through this tax. The first problem is that they are trying to milk this money disproportionately out of segments that are already pressed financially. Then there is the problem that the tax has thrown a spanner in the way the entire telecom industry works in Pakistan. Phone users in Pakistan are used to buying packages and getting free minutes, and once again, it is people on a budget that rely on these packages.

The problem here is that while the tax is definitely badly affecting the poorest segments of society, it has also backed the entire telecommunications industry into a corner, and will fundamentally end up changing consumer behaviour. This is how.

“The demand in this segment is highly elastic,” said a source in the industry. Put in simpler words that don’t make you shudder from memories of economics class induced trauma, this means that if prices rise in the telecom sector, then the demand will fall at a significantly higher rate than it might for other products or industries. A slight change in the price will significantly change consumer behaviour and consumers in this segment are responsive, and used to, when the prices are lower.

According to the recent report published by the Pakistan Telecommunication Authority (PTA), in Pakistan, the average revenue per user (ARPU) per month in the telecommunication industry is low and the market predominantly is prepaid subscription-based  where subscribers enjoy the flexibility of altering their usage patterns in response to any price fluctuations introduced by operators.

The telecom industry’s ARPU is composed of revenue from voice services, which dominates as the top revenue source for the industry, and data services. The report notes that the service providers face challenges in maintaining their ARPUs and the cellular mobile industry ARPU per month (voice+data) stood at Rs214 in FY2020. The revenue was 10 per cent less as compared to the preceding year.

“The industry data ARPU stood at Rs240.5 in FY2020 as against Rs262.3 during FY2019,” the report reads. As the report notes, the average revenue per user dropped in response to the decrease in prices introduced by operators during Covid-19. While the revenue decreased because of drop in prices, there was a rapid increase in subscriptions. Here’s the worse part: although a 10 per cent decrease in total average revenue per user occurred because consumers shifted away from traditional voice services and moved to OTT (over-the-top) services like WhatsApp, Zoom and Skype that could all be accessed directly via internet, there was an 8 per cent decline in average revenue from internet data service as well that can only be justified with reduction in prices as data usage increased by 77 per cent.

Now, the industry revenue has been shrinking and the consumer is price sensitive. It makes sense then that all the telcos have offered the lowest possible prices, introducing different packages and bundles and free minutes to keep services attractive for users. Any additional taxation is likely to affect the package prices but the telcos are tied here that they are faced with the tough option of passing on these taxes to consumers. To maintain their already shrinking ARPUs and because of the price sensitive nature of the service, telcos would have to keep the prices intact and absorb the additional taxes to avoid any change in consumer behaviour: an option they would be unlikely to resort to because almost all the telcos suffered losses during the Covid-19 period.

According to an official from Ufone, the industry prices are structured to offer low prices to consumers. For instance, there are bundles that would cost only Rs2 or Rs3 for the day. “If a consumer on these bundles makes even five calls that are beyond 5 minutes in duration, the taxation would be higher than the price of the package,” they say.

It is quite clear by now that this new tax has done a number on the telcos in Pakistan. However, one of the claims they have been making is that the tax is virtually uncollectable and implementation is the reason they cannot go through with it. In reality, they are wrong about this not-so-little detail. According to the FBR, the telcos have softwares which are sophisticated enough to implement new charges. A source in the industry also said that implementation of new billing was going to be difficult but doable.

“The problem is that there are certain voice call packages that we have yet to figure out how to charge. For instance, if a person has bought a voucher and subscribes to a package and after subscribing, his account balance is nil, how do we charge that customer for the calls, which went beyond five minutes, that he made using the package minutes. Should he have a negative balance? We still have to figure that out,” says an official from one of the telcos. “On the same note, for the users that have positive balance, we can give him alerts during calls but that is going to create nuisance for him. We are still trying to figure out what can be done,” he adds.

The scope of taxation

While the measure has been announced and passed through the lower house of the parliament, there’s a discrepancy as to how much can potentially be collected through imposing additional Rs0.75 on calls above five minutes.

From what the Federal Board of Revenue (FBR) told Profit, the government is planning to collect an estimated Rs20-30 billion through this measure. However, officials in the telecom sector believe that only an estimated Rs12-15 billion can be collected through this measure, though calculating the final numbers is going to be a mammoth task for the telcos themselves due to the complexity of analysing consumer behavior and quantifying it to estimate taxes.

The problem is compounded because the scope of taxation has been estimated by the current behaviour of the customers, on rates that are presently in place. While individual telcos refused to share exact volumes of calls that were below 5 minutes or above 5 minutes and the most common durations of calls for us to reverse calculate and make some sense of the estimates of how much can potentially be collected, the telcos said the whole calculation exercise could be in vain because when new charges are in place, consumer behaviour will fundamentally change and that could turn all calculations upside down.

For instance, people can learn to disconnect calls before 5 minutes and then redial again, which could significantly increase the number of calls below 5 minutes. That scale of reduction, however, is not even known to telcos, or at least that is what they tell us, because there can be no accurate prediction right now of how consumer behaviour could be after this tax is imposed. “We need at least 12 months to figure out consumer behaviour. There is significant ambiguity as to how things will change. Nothing can be said concretely right now,” said an official from Telenor.

Though individual numbers were not shared, sources in the industry told Profit that industry average is 8-10% of the calls that are below 5 minutes.

According to the source, a cellular service subscriber on average consumes 260 to 270 minutes per month. Citing a research conducted on the telecom sector which was furnished to the PTA, the source says that the APRU on calls was in actuality even less than a dollar after doing certain adjustments in the calculations and the revenue from voice calls for 2020 was approximately Rs115 billion. The revenue, however, will be falling to only Rs50 billion by 2025, the source said, which is why it was concerning that taxes had been imposed on a service that is declining in usage.

Which is why it is also reasonable to argue that the FBR perhaps did not do its homework and levied a tax because it just had to get some taxes from somewhere. Profit reached out to the FBR for comment on how the number, Rs20-30 billion that the Board plans to collect through this measure, was calculated. No response was received, however, till the filing of the report.

On the contrary, the telecom industry’s revenue from internet data packages would be enhanced as telcos would be collecting Rs500 billion by 2025 which was Rs210 billion in 2020. Tax on data was earlier imposed but later withdrawn. “You collect taxes on services that are progressing. Here the opposite has happened,” said the source.

As per the source, by 2025, 80 percent of the cellular subscribers would be using data for calls against just 20 per cent who would be using voice service for calls. “As it stands, it’s absurd to impose tax on voice,” he added.

So here we have an FBR that imposed taxes on a service which according to the source was not the right thing to do. Secondly, the FBR’s estimates are out of sync, which goes on to say that the FBR perhaps did not know what it was doing. On the other hand, PTA also did not respond to our queries and neither did they provide any data of calls or calculations done to work out the tax collection number.

Almost all the telcos Profit reached out to refused to give any concrete statements, saying it was too early for them to say anything and they were also waiting to see how it was going to play out.

The journey from Mian Textiles to Cordoba Logistics

Chilgozza supremacy – this week in Pakistan’s business and economics twitterverse