With leather waning in demand, manufacturers might have to think of alternative options. 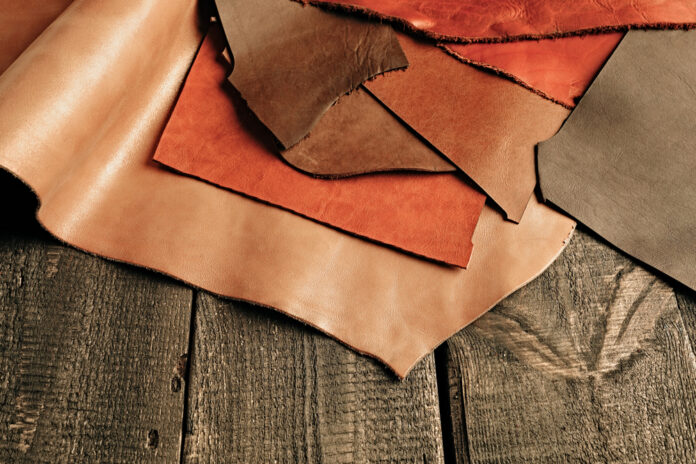 Did the title make you groan? Don’t worry: there’s more of where that came from. After all, we’re talking about a company which decided to have the ‘Leather Up’ sign slowly ‘go up’ every time you load a new page on their website.

But the real issue at hand is not their website design (though perhaps someone could look into that). The issue is Leather Up, and what it’s deciding to do with itself. On August 2, the company issued a notice to the Pakistan Stock Exchange (PSX), that it was deciding to hold a meeting of the board of directors on August 9. The reason? To decide ‘the future course of action of the company’.

You see, the problem that Leather Up has been facing is the same problem it has highlighted openly in its annual reports of the last decade: that the leather market is struggling, and that people just are not as interested in leather in the same way. Specifically, western people: if a company relies exclusively on export markets in Europe, like France, Italy, Germany, and the UK – and those Europeans turn around and stop buying the product at hand, then it will create a problem. What’s a leather company to do if no one wants to buy leather? Add to that the fact that leather in Pakistan is decreasing in terms of quantity and quality, which is causing raw material prices to rise (both hides and treatment chemicals), and it is not an ideal situation for a company called ‘Leathur Up.’

But first, before we get into the financials, a little history: Leather Up  was incorporated as a private limited company on December 2, 1990. Subsequently the company was converted into a public limited company pretty early on,  on May 15, 1993. Its chief executive and founder is Khalid H. Shah, born and raised in Karachi, where the company is based, and a graduate in electrical engineering from NED UNiversity Karachi. He was a founder director since 1990, and the CEO since 1996.

Between 2009 and 2013 (the earliest available data), the company did just about ok. Its revenues fluctuated at around the Rs20 million mark in the first two years, but the company made losses of Rs4.2 million and Rs9 million. The next two years, the company fared a little better, with revenues in the Rs70 million range, and profits for the first time. Then again, the company’s revenue fell the next year to 2009 levels.

The real change in the company’s financials came about in the year 2014. That year, the company decided to diversify from leather garments to leather bags. The company was, at first, quite enthusiastic. “The company is having a flood of orders of ladies bags for Europe, mainly Italy,” they claimed. It didn’t matter that the profit margin in leather garments decreased that year, or that an increase in cost of production was on the cards. What mattered was that the company had managed to secure export orders, and shipped goods. And it worked: the revenue that year was Rs165 million, the highest it has ever been. The good run lasted all the way till 2017, with consistent revenue figures around the Rs 120 million mark. Most importantly, after a string of fluctuating incomes, the company’s net income steadily rose from Rs5 million in 2014, to Rs 15 million in 2017.

Then, history happened. As any cursory follower of politics knows, the rupee was propped up by the Sharif administration – and when it crashed, export oriented companies were the first to feel the hit. Companies, including Leather up, had to suddenly reckong with lower rupee income than before, and an unstable rupee.

And 2018 was a terrible year. Revenue fell by more than half to Rs51 million. At the time, the company blamed two factors. First: the usual difficulties of working in Pakistan: “limitations of the natural raw material, extraordinary fluctuation in the prices of raw material (leather skins and bag accessories), the higher cost of production per unit in Pakistan has immensely curtailed the potential export business in this industry” the annual report said. Then, the company blamed “the historical aspects, boom and decline in the leather industry experienced over the last decade”, and the “ inherent cyclic nature of the fashion world” and the “loss of priority in terms of leather garments on the international scenes”. The outrageously high net income that year was not due to exports, but rather, sale of land.

In 2020, there was the added problem of Covid-19: as that year’s annual report pointed out, ‘the recession grips Europe in recent periods and the impact of low business activity there, automatically affected the main exporting countries of leather garments and allied products. Therefore, in the first quarter of 2020-21, export orders were badly hit.”

But the truth is, pandemic or no pandemic, the company had been suffering for a while. Which explains the board meeting: what’s a company to do if fashion sensibilities keep changing? And it’s not like there is a huge market for leather within Pakistan, save for the northern areas of the country year round. Most other parts of the company only need a leather jacket for a few months, or weeks, of the year. Perhaps it’s time to start selling bags to women in Pakistan, and not abroad.