Pakistan becomes first country to be downgraded twice by MSCI

The downgrading might actually result in a big fish in a small pond effect for Pakistan. 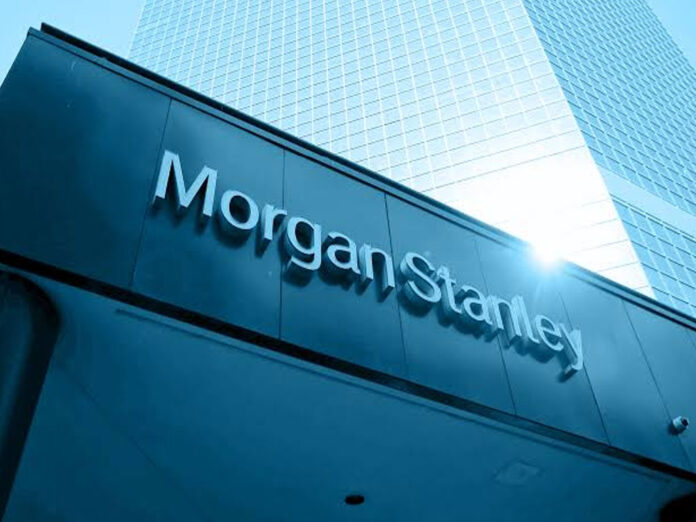 What is Pakistan really? For a long time we were poor (in fact, one could argue, we still are poor). We have also been the antiquated third world – but mostly we’ve gone back and forth between poor and developing. As the world shed old terms, and adopted other more factual ones, it seemed like we were making some headway. We were an emerging market. We were part of the new, global world or what have you.

Which is why the downgrading of Pakistan from an emerging market to a frontier market seems to have made headlines at home. Even though it’s just a technical terminology by one index – Morgan Stanley Capital International, or MSCI – it signals something bigger – as if we have failed somehow, or remained stagnant.

What the downgrade is

What is happening, essentially, is that MSCI calculates the worth of different markets around the world and assigns them different rankings. A developed market is the best ranking and a standalone market is the lowest ranking. To calculate these rankings, MSCI provides market indices. A market index is usually a single number that is calculated from different economic factors, like prices or income. These numbers are calculated to be able to compare different economies in different countries. An example for such an index would be the Gross Domestic Product (or GDP). Pakistan up until this announcement had Emerging Market status with the MSCI, but it has recently been downgraded o a Frontier Market. This is also the second time that Pakistan has been downgraded, and it is now the only country to have been downgraded twice by the MSCI. This means that foreign investors will now look at Pakistan and not be as excited about investing there. Essentially, the downgrading would mean Pakistan appears a riskier investment than it would if it remained an emerging market. However, it also means that certain other kinds of investors willing to take on more risk in exchange for more freedom and the chance of greater returns will be interested.

The last time Pakistan was at a bleak edge like this was in 2008. Back then, Pakistan had the status of an emerging market, which was an ideal place to be in. Pakistan was far away from the dreaded stand alone market status, and had stayed in the emerging category since 1994. The names of these categories are not particularly important, nor do they mean much.

All you need to know is that a developed market is the highest rank, followed by emerging markets, frontier markets, and then finally standalone markets at the bottom rung. For countries that fall under the developed category, the ranking is not particularly important. These are large, stable players in the world economy like the United States, Canada, the United Kingdom, Japan, Germany and Australia. The only Middle Eastern country that has this status is Israel, whil Hong Kong is the only Asian country other than Japan to have this status. These are countries where there is no shortage of investors trying to get an in.

The real competition is between countries that are either in the emerging markets list or in the frontier market list. These are the countries that are very much trying to look for foreign investors and make themselves attractive opportunities. Naturally, frontier markets are considered riskier investments so less prolific investors usually end up investing there. Emerging markets status is coveted.

In a note sent to clients on September 8, chartered financial analyst Jehanzaib Zafar argues that in fact, it is ok. At best, it will be a case of big fish in a small pond. At worst, it will change absolutely nothing for Pakistan.

So to recap: MSCI relegated Pakistan from MSCI Emerging Market index to MSCI Frontier Market index on September 8. MSCI announced its official decision in the early hours of the day, following feedback received from market participants over the reclassification proposal of MSCI Pakistan Index.The transition will be a one step process, coinciding with Nov ’21 Semi Annual Index Review (SAIR).

Pakistan had an emerging market for four years, but this particular move had been long anticipated; however, The decision comes as a result of the three existing stocks – Habib Bank Limited, MCB Bank, and Lucky Cement – no longer meeting the standards for size and liquidity. Since the November 2019 review, none of the Pakistani companies in the MSCI Pakistan equity universe meet the Emerging MarketS ize and Liquidity criterion under the MSCI Market Classification Framework and the country had been avoiding downgrade solely on the back of index continuity rules. It only met the criteria for Market Accessibility under the classification framework for Emerging Markets.

So, what does this mean? Starting with the November 2021 SAIR, the MSCI Pakistan Indexes will be rebalanced using size and liquidity require-ments for smaller, average liquidity of Frontier Markets. The MSCI Pakistan index currently has a weight of 0.02% in MSCI Emerging Markets Index and three constituents including Lucky, MCB Bank, and HBL. Post-reclassification, MSCI Pakistan Frontier Market index has potential weight of 1.9% in the index with four constituents, with OGDCL being the new

Frontier economies are less advanced economies in the developing world. It is generally believed that emerging markets earn greater returns with lower risk, whereas frontier markets are considered riskier. These countries usually have equity markets that are less established compared to emerging markets, are smaller, less accessible and are more risky. Political uncertainty, poor liquidity, problems with regulations, substandard financial reporting, and currency fluctuations are some deterrence for investors. So while Pakistan would generally be considered a small fish in a big pond as an emerging market, it would be a better prospect for frontier market investors.

According to Zafar, this might lead to a ‘Bigger fish in a smaller pond versus a tiny fish in an ocean’. Market data flow suggests that total assets under management in emerging markets stand at $1.8 trillion, while the assets under management of frontier markets stand at $15 billion. Therefore, given the weight Pakistan had in Emerging Market and likely weight it will have in Frontier Market, the net outflow will settle around $70 million to $80 million

“However, this risk gets somewhat mitigated considering the foreign outflow witnessed since the country’s reclassification in Emerging Market where FIPI outflow cumulated over $1.9 billion,” notes Zafar. “Furthermore, we also find major funds performing due diligence on frontier markets which could unlock fresh allocations. Consequently, the inflows and outflows owing to the reclassification will largely be balanced, with a slight upward bias,” he added.

According to Zafar, the  benchmark index is up 2% in USD terms, which is in line with MSCI Asia ex-Japan (up 2%), However, this is significantly underperforming regional peers like Bangladesh (up 32%) and Vietnam (up 24%).

“Continued geopolitical instability and emerging risks related to current account sustainability has put solid corporate profitability on the back burner,” he notes. “Impending decisions related to reclassification in FM, FATF and IMF reviews have also contributed to capping market performance. Market may take a knee jerk reaction in the immediate aftermath of reclassification, however, the attractive valuations may eventually be able to woo investors given solid risk/return profile.”