Why did the IHC decide that the regulator had overstepped in investigating Dalda? 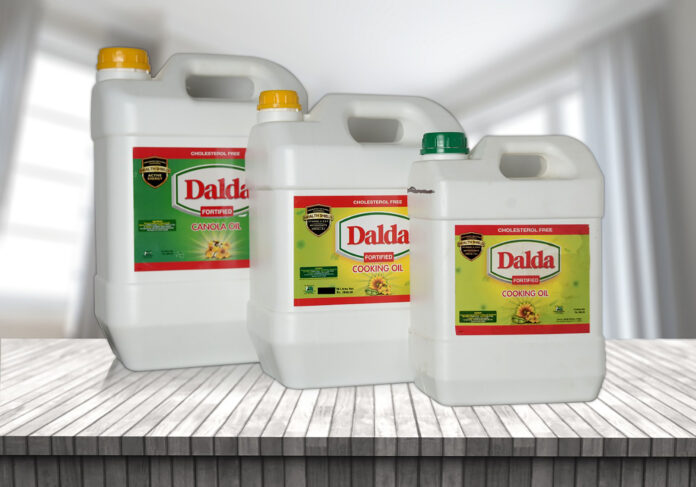 Why is the CCP on everyone’s case? It’s a rhetorical question that no doubt several CEOs and management level staff have grumbled to themselves. After all, the Competition Commission of Pakistan, or CCP, was created in 2007, and exists to  ‘promote competition in market and fair trade’. In effect, it exists to stop the creation of monopolies and oligopolies.

But a recent judgement issued by the Islamabad High Court asks a different question: rather than ask why the CCP is the way it is, it posits, can it go after everyone? When is the CCP justified in investigating a company, and when has it overstepped? And in the case of Dalda Foods, the much beloved (and ancient) company that sells cooking oil and ghee, the court ruled that it had overstepped.

Will the decision set a precedent and embolden other companies that the CCP needlessly tries to chastise? Or will it simply disappear into the annals of legal discourse to be used years later by some upstart lawyer desperate to defend their client? That cannot be said with much certainty as of yet, but what is clear is that the CCP has been given a slap on the wrist and a reminder of what its purview is.

The role of the CCP

Essentially, the competition commission is supposed to be on the side of the consumers. This is an important distinction, since the CCP currently acts as if it is a judge or a middleman between different companies in the same business. The purpose of the CCP is to make sure that companies do not collude or engage in practices that make life difficult for consumers. The only reason they have any role in regulating the entry of new companies is because freedom to compete is an important factor in allowing end consumers to have choice.

Competition law enforcement benefits consumers through detecting and sanctioning anti-competitive practices, including cartels, and the abuse of market power. The things that the CCP should be looking at is deceptive marketing, abuse of dominant position in the market, and the approval or mergers. So if a company is lying in its ads the CCP is responsible for shutting them down. Similarly, if there are only two players in an industry, the CCP cannot let them have a merger since that merger will lead to a monopoly. What the CCP cannot do, however, is try to act as a price regulator or determine how companies run their businesses. And that is essentially what they have been told by the court as well.

There have been a number of complaints on the excessive pricing of cooking oil directed towards the Government of Punjab as well the Federal Government. The matter of excessive pricing of food items was considered by the National Price Monitoring Committee in its meeting held on May 20, 2020, and it was decided in that meeting that the CCP should look into ‘anti competitive practises’. Separately, on the very next day, a complaint was filed through the Pakistan Citizen’s Portal about how local ghee companies had reduced their prices after reduction of prices of petrol and diesel, and yet multinational companies had not.

So, the Ministry of Industries and Production of the Government of Pakistan then wrote to CCP on June 8, stating that despite reduction in Palm Oil prices, the retail prices of vegetable ghee in the market have not shown a declining trend. It then requested the CCP to take suo motu action.

Which is exactly what the CCP did, asking for information from all the players in the ghee and cooking oil industry. While most responded, Dalda Foods refused to cooperate, ignoring the letter sent to them by the CCP on July 7th.

CCP then went one step ahead, ordering an inquiry on September 7th, and then a Special Order on November 6 for an enquiry, and a penalty if Dalda Foods did not cooperate. That is when the company filed a petition.

The company’s main point was this: that the request for information contained neither details of CCP’s concerns regarding excessive pricing, nor the relevant statutory provisions under which it was exercising authority. Dalda in fact told CCP after its request that the pricing of food items did not fall within CCP’s domain. Dalda argued that its share in the ghee and cooking oil market was limited to 3%, which meant that it did not have a dominant position in the market to influence prices either. When it received the enquiry notice, Dalda said that “regulatory authorities could not initiate enquiries without relevant basis or forming a prima facie view regarding the infraction suspected as otherwise such enquiry would amount to a fishing expedition.” Without the prima facie basis, the special order of November was therefore illegal.

The lawyers for CCP argued that in fact the CCP has merely called for information from undertakings that transacted in edible oil, and pointed out that many had already provided the information sought. He said a few clarifying points: that the CCP’s chairperson was part of the national price monitoring committee (headed by the federal finance minister) – the same committee that had asked the CCP to investigate edible oil price problems. The lawyer also said that the enquiry in question was not targeted against Dalda Foods, but was a sectoral enquiry regarding agreements and business practices within the edible oil industry. Therefore, Dalda Foods could not be aggrieved by such an inquiry. Besides, the purpose of the inquiry was to protect the rights of consumers, which fell squarely within CCP’s mandate and responsibility.

What the court thought

In coming to a decision, the court mulled over three questions:

To the first point: According to Section 37(2) of the act, ordering an enquiry is a two-part test. The first part is that there must be facts that appear to be in contravention to the provisions of an Act. The second is that the complaint seeking the enquiry cannot be ‘frivolous, vexatious, or based on insufficient facts, or not substantiated by prima facie evidence.’

That is a tall order: and according to the court, it’s because the legislature has attempted to give enough power to the competition regulator, without having unnecessary and intrusive enquiries. “In other words, CCP does not have unbridled authority to order an inquiry on the basis of a hunch alone,” the judgement said. The information must meet the prima facie test, without having to call for an investigation just to find the information in the first place.

The court ruled that the enquiry had been made on the prodding of the Ministry of Industries and the National Price Monitoring Committee, but without having received a complaint from any governmental body, or satisfying the two tests of calling for an enquiry.

With that sorted, the court moved to the second point. This one was slightly more convoluted. Firstly, the CCP was created in such a way that it is autonomous and independent of the Federal Government. That means the federal government can only issue directives that are not inconsistent with the Competition Act. A small point is that the federal government does not have the executive authority to price control, considering that the Parliament itself does not have legislative authority to regulate prices by law.

What is odd, however, is that the CCPs chairperson was included in the National Price Fixing Committee headed by the Federal Finance Minister. As the court pointed out, the Competition Act envisages no such role for the CCP or its Chairperson or Member.

The court categorically states: “Price regulation or reduction is not an object or purpose of the Act, and CCP cannot be goaded or counselled into exercising its statutory authority such that the outcome is a reduction of prices of goods or services to a level deemed desirable by the Federal Government.”

After all, “ while price efficiency is expected to be an ancillary outcome of competition law and policy and is deemed as one of the products of an effective competition regime, the object of the Act is the facilitation of free competition in the market and not price fixation, stabilization or reduction. Thus, the use of regulatory authority flowing from the Act for the purpose of achieving pricing outcomes is not a legitimate use of such authority.”

And finally, to the third question regarding the specific enquiry against Dalda Foods. The CCP’s legal team had argued that the enquiry was needed for a sectoral review. And yet, the court said that the Act made no special allowance for a sectoral enquiry.

In conclusion, the court decided that the CCP has simply not done their homework. The CCP could not “exercise enquiry powers as part of a lazy and mindless expedition to gather information from one undertaking or all undertakings in a certain sector of the economy with the hope that the regulator might stumble upon an infraction of the Act during such exercise.”

Which just goes to show that while the other companies complied, Dalda Foods was the only one to ask: do we really have to? And it turns out, they didn’t have to after all.