This will lead to a fall in economic activities, which only hurts demand for scrap metal and copper 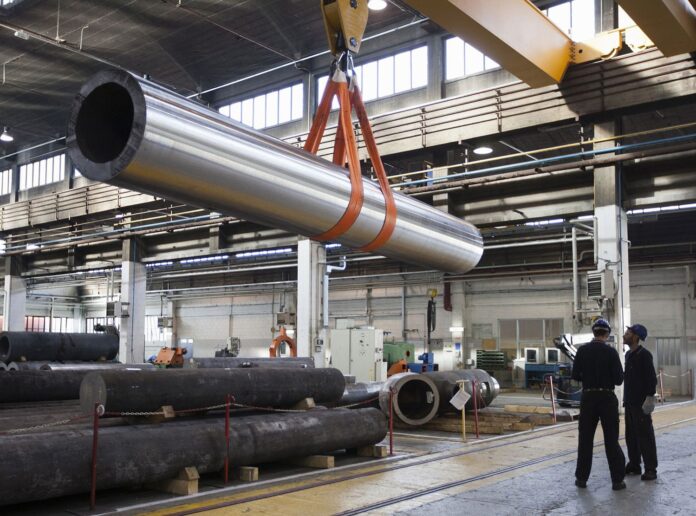 For a while a few weeks ago, it seemed you couldn’t open a foreign business newsite without being inundated with news about Evergrande. The Chinese real estate saga is every developer’s worst nightmare come to life. In short: Evergrande Real Estate, started in 1996 owns more than 1,300 projects in more than 280 cities across China. It also borrowed $300 billion to become one of China’s largest companies. There was only one problem: the company began to struggle to make interest payments on all of the debt they had accumulated.

This has spiraled out of control, to the point where now China’s central bank has to issue placatory statements like the spillover effect to the financial system is controllable (hint: it’s not). If Evergrande collapses, Chinese demand for international products, commodities and services would potentially fall, affecting markets everywhere.

Alright, but what does this have to do with Pakistan? A fair bit, actually, according to Mohsin Ali, investment analyst at AKD Securities, an investment bank. In a note sent to clients on October 11, Ali argued that it is one of the factors leading to a fall in economic activity, which only hurts demand for scrap metal and copper. This makes sense: already in China, companies that did business with Evergrande – like construction firms and suppliers – may incur a great loss, triggering bankruptcy.

“A partial closure of steel and metal manufacturing facilities are on the cards with looming power/energy shortage (in EU and China) could force countries to shut down or cut production of energy intensive industries,” noted Ali. He added that the current energy crunch could hurt the end-product metal supply chain (with international rebar prices up 5% month-on-month in September 2021). This could result in an ease-off in commodity prices in the coming months, assuming demand for raw materials slows in major steel producing countries.

Meanwhile in Pakistan, rebar prices have remained flat in September. This was after a 14% monthly increase in August, mostly due to higher freight costs, which went from around $40 a ton, to almost $80 a ton, the rupee devaluing by 3.9% since August, and higher electricity costs. Rebar costs could come down: after all, there is news that the duties on scrap might be, well, scrapped, but the federal government has yet to reach consensus. Currently, 5% regulatory and 2% additional custom duty are imposed on imported scrap.

“However, we believe any benefit associated with the removal of duties will be passed on, resulting in the reduction of local rebar prices,” said Ali.

What about the company Mughal Steel Industries? Interestingly, because Mughal had established a non-ferrous segment by venturing into copper ingots, it is actually set to benefit from the rising copper prices and rupee depreciation. Ali expects the sales of the non-ferrous segment to have a compound annual growth rate of 24% between 2021 and 2021, contributing around 44% of earnings in 2022.

Yet here is the kicker: despite the higher rebar prices and the manufacturers’ ability to pass on the costs, the steel sector has underperformed, falling 11.9% in the fiscal year compared to the 6.1% fall of the KSE 100 benchmark. Mpost of that has to due with again, economic uncertainty and global geopolitical worries.

Yet Ali seems optimistic for the future. Rebar prices are expected to rise 15.4% in the first quarter of fiscal year 2022, and that will inevitably benefit local manufacturers, who will pass on the costs of higher freight costs and rupee depreciation, ultimately leading to higher margins. Ali said to keep a lookout for Mughal Steel and Amreli Steels, whose stocks have been trading particularly well.