SBP not issuing e-form for export to CARs, Turkey, Iraq via Iran 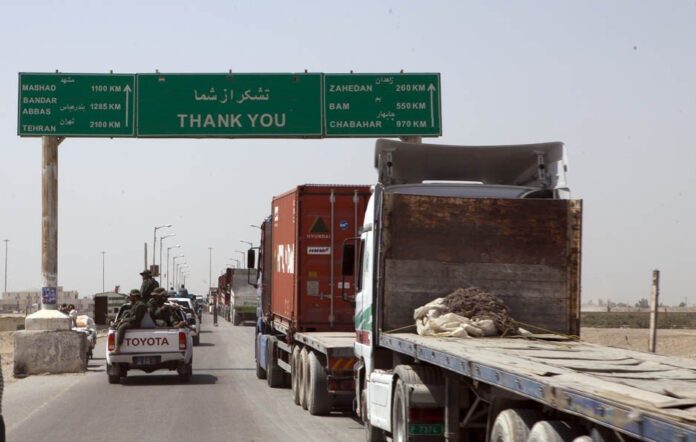 ISLAMABAD: The Ministry of Commerce on Thursday urged for the facilitation of transit trade through Iran via Taftan border for exports to Central Asian Republics (CARs), Azerbaijan, Iraq, Turkey etc.

In this regard, during a meeting of the National Assembly’s Standing Committee on Commerce here on Thursday, Advisor to Prime Minister on Commerce, Textile and Investment Abdul Razak Dawood briefed about transit trade to Azerbaijan and CARs via Iran. The meeting was chaired by MNA Syed Naveed Qamar.

It is pertinent to mention here that while banks in Pakistan do not issue an e-form for export to Iran due to sanctions on the neighboring country, the State Bank of Pakistan (SBP) is also not issuing the form even though no banking transactions take place between Iran and Pakistan for transit of goods through Iran.

The chair pointed out that a large number of complaints of goods being stopped are being receiving from borders. He emphasised that the Ministry of Commerce must set up a mechanism for the quick resolution of such day to day issues and ensure free flow of goods at borders.

It may be recalled here that last month, the first consignment of National Logistic Cell (NLC) had left Pakistan for Turkey and Azerbaijan through Iran. The NLC has started its operations under the TIR Convention; it is the second operator in Pakistan, and the first in the public sector to begin its operations under TIR.

Previously, goods had to be offloaded from Pakistan’s trucks and reloaded onto Iran’s trucks at the Taftan-Zahedan border.

The NLC was awarded the TIR licence by Pakistan National Authorisation Committee (PNAC) of the International Transport Union (IRU), which administers the TIR Convention internationally.