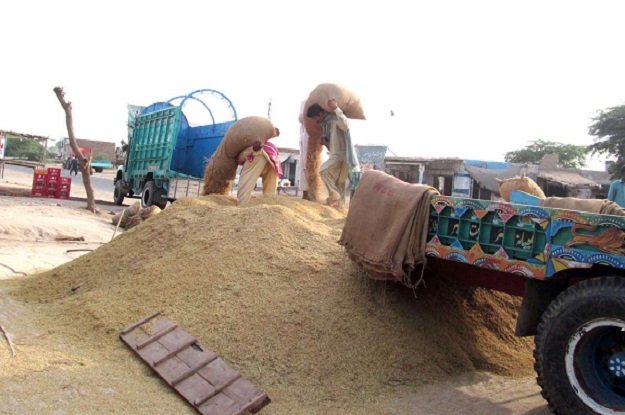 ISLAMABAD: The exports of rice surged by 19.04 per cent to $594.528 million during the first four months of current financial year (4MFY22) as compared to exports worth $499.442 million during the corresponding period of last the fiscal year.

According to the Pakistan Bureau of Statistics (PBS), escalating exports are backed by the production of the current seasons rice crop which has been estimated at over 9 million tonnes (MT) as compared to the output 8.4 MT last season.

Among the rice commodities, the exports of Basmati rice increased by 27.44 per cent, surging from $161.654 million last year to $206.013 million during the current year.

The exports of other rice commodities also grew by 15.02 per cent by going up from $337.788 million last year to $388.515 million during the current year, the PBS data revealed.

In terms of quantity, the overall rice exports grew by 22.60 per cent.

During the period under review, the exports of basmati increased by 28.09 per cent whereas that of other rice commodities went up by 20.88 per cent.