The challenges at the end of the tunnel

More seasoned governments have failed at these end-of-term difficulties. Will the PTI do any better? 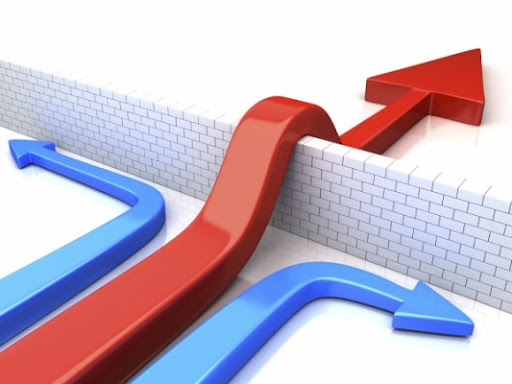 Pakistan is no easy place to govern, especially for a government that is in the tail-end of its tenure. After facing several crises since coming to power in 2018, the Pakistan Tehreek-e-Insaf (PTI) government is facing challenging situations on the economic, political, and national security fronts. Three important issues are: rising inflation, the resurgence of terrorism, and the change of guard in the military high command. Successfully navigating these challenges in 2022 would help increase Prime Minister Imran Khan’s electoral chances, paving the way for him to become the first politician in the country’s history to be reelected to office.

It should not come as a surprise to anyone that the most pressing issue needing attention is rising inflation. In recent years, households across Pakistan have experienced a dramatic decline in purchasing power and inflation is unlikely to ease anytime soon due to a weak rupee, higher indirect taxes, and persistently high commodity prices. While significant blame can be placed on past policies – the stabilization pursued in late 2018 and early 2019 was a necessity – and high international commodity prices in 2021, the government cannot ignore its own shortcomings. This is particularly true in terms of the government’s failure to pursue long-needed structural reforms and prioritization of policies like the real estate amnesty scheme, which only end up benefiting the few at the expense of the many.

Forecasts for the first half of 2022 predict higher oil and commodity prices, meaning that the external sector situation will remain challenging at best. The second-order effects of adjustments made under the IMF program will also fuel further inflation, making it extremely difficult for the government to maintain economic growth while effectively dampening inflation. To ensure that rising prices do not wipe away the PTI’s electoral chances along with citizens’ purchasing power, Khan and his team will have to reform markets, starting with the agriculture sector, and stop telling citizens that things are still cheaper in Pakistan when compared to the rest of the world.

Pakistan’s leadership does not want to accept the reality that the country is currently fighting its second war on terror. The Taliban’s takeover in Afghanistan has significantly complicated the domestic terrorism challenge and things will only get worse in 2022. According to publicly available data, 219 security personnel were killed by terrorists in 2021, making it the deadliest year since 2016, when 291 security personnel were killed; from 2020 to 2021, security personnel casualties by terrorists have increased by 23 percent. While the government has sought to negotiate with the TTP from what it argues is a position of strength, it is unlikely that any further talks will yield positive results. Greater violence seems inevitable given recent skirmishes on the Pakistan-Afghanistan border, where Taliban security personnel have allegedly torn down fencing put up by Pakistan, and the sharp uptick in IED attacks and targeted assassinations in Khyber Pakhtunkhwa.

As the humanitarian crisis in Afghanistan worsens in 2022, the Taliban’s control in the country may weaken. This could lead to the emergence of safe havens for a variety of terror groups, including ISIS. These terror groups are likely to collaborate with external actors, especially India, to undermine Pakistan’s geoeconomics ambitions and target the China-Pakistan Economic Corridor. A sustained increase in terrorism violence that spills into Pakistan’s urban centers will also dent investor confidence and fuel uncertainty, making it that much more difficult for the PTI to make the case for its reelection both to voters and the military establishment.

Given Pakistan’s political history, a change of guard at the military high command is always a sensitive decision for all prime ministers. General Bajwa’s upcoming retirement in November 2022 will be a key test for the prime minister, especially given that Khan seems to have a clear preference for Bajwa’s successor. Khan’s pushback during the change of guard at the ISI – something well within the constitutional rights of a prime minister – has already dented the government’s “same page” narrative. Islamabad is rife with rumors about a growing civil-military divide; growing speculation is fueled by the opposition’s ongoing engagement with the military establishment and the PTI’s devastating loss in the Khyber-Pakhtunkhwa local bodies elections.

While the November 2022 change of guard will be a major inflection point for the government and set the tone for the 2023 general elections, the way in which Khan and his cabinet deal with the economy and Pakistan’s second war on terror will ultimately make or break the PTI’s electoral chances. Pakistan’s political system is always full of speculation and conspiracy theories, but these stories have low impact value. While elites may engage in secret negotiations and seek to make deals to suit their own interests, voters will ultimately go to the polls and make their voices heard based on economic and security concerns.

To come out on top, Khan must do more than just hope that inflation eases, terrorists agree to and uphold a ceasefire, and the military establishment stands by him due to a lack of other options. Hope is not a strategy.

Facebook
Twitter
Linkedin
WhatsApp
Email
Previous articleFlight to the dollar and the new shape of currency supports
Next articleWill the India-model work for Pakistan’s EdTech startups?