Reko Diq: Is the endgame near?

Barrick Gold and the government have announced that a framework agreement has been reached between them to revive the Reko Diq project, after a decade of legal battles. 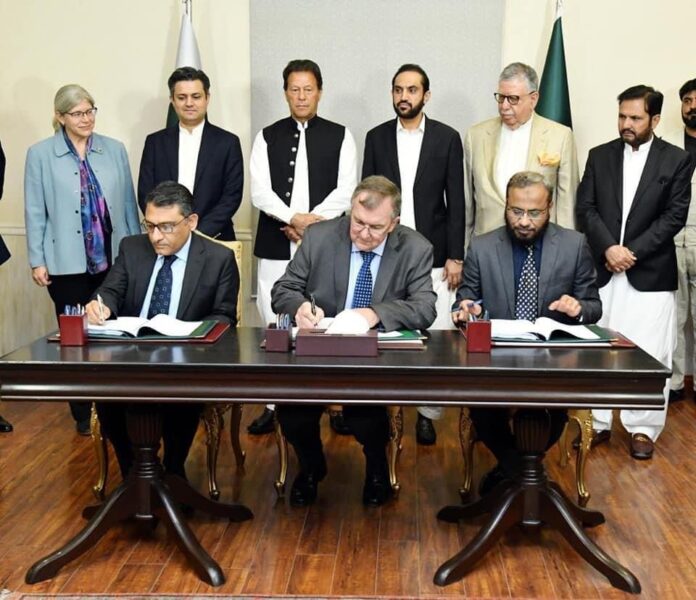 If this agreement is able to withstand due legal process, including approvals from the Cabinet and the Supreme Court, it would be Pakistan’s single biggest foreign investment historically.

Prime Minister Imran Khan tweeted that the project is expected to create “8000 new jobs”, and “will liberate us from crippling debt and usher in a new era of development and prosperity.”. According to the Prime Minister “nearly USD 10 billion shall be invested in Balochistan, including USD 1 billion that shall be invested in social uplift projects such as roads, schools, hospitals and creation of technical training institutes for mining”.

“Barrick Gold Corporation and the governments of Pakistan and Balochistan have reached agreement on a framework that provides for the reconstitution of the Reko Diq project in the country’s Balochistan province” says a statement released by the company on Sunday. “The project, which was suspended in 2011 due to a dispute over the legality of its licensing process, hosts one of the world’s largest undeveloped open pit copper-gold porphyry deposits”.

The project has been held up for over a decade in litigation in international arbitration councils since the Supreme Court struck down the original agreement between both parties in 2011.

“The reconstituted project will be held 50% by Barrick and 50% by Pakistan stakeholders, comprising a 10% free-carried, non-contributing share held by the government of Balochistan, an additional 15% held by a special purpose company owned by the government of Balochistan and 25% owned by other federal state-owned enterprises” the company said in its statement. “A separate agreement provides for Barrick’s partner Antofagasta PLC to be replaced in the project by the Pakistani parties.”

In the original agreement the equity sharing between TCC and the government was to be 75% and 25% respectively, although that agreement was never reached because the Supreme Court struck down the grant of a mining lease.

“Barrick will be the operator of the project which will be granted a mining lease, exploration licence, surface rights and a mineral agreement stabilising the fiscal regime applicable to the project for a specified period” the company said.

In the initial agreement between TCC and the government the company Barrick Gold had chosen to form a joint venture with the foreign company Antofagasta.

“The process to finalise and approve definitive agreements, including the stabilisation of the fiscal regime pursuant to the mineral agreement, will be fully transparent and involve the federal and provincial governments, as well as the Supreme Court of Pakistan” further added the company statement.

The company also stated that “if the definitive agreements are executed and the conditions to closing are satisfied, the project will be reconstituted including the resolution of the damages originally awarded by the International Centre for the Settlement of Investment Disputes and disputed in the International Chamber of Commerce”.

Mark Bristow, Barrick’s president and chief executive officer, lauded the deal as a significant step forward in the construction and management of Reko Diq, and a credit to all parties’ determination to work together to achieve a mutually advantageous solution in a collaborative spirit.

“Barrick has successfully partnered with host countries worldwide and our philosophy of sharing the economic benefits our mines generate equitably with core stakeholders is also evident in the ownership structure of the new Reko Diq. This is a unique opportunity for substantial foreign investment in the Balochistan province and will bring enormous direct and indirect benefits not only to this region but also to Pakistan for decades to come. In addition to local employment and skills development, local procurement, infrastructure upgrades and improved medical and education systems, Reko Diq could also be the springboard for further exploration and other mineral discoveries along the highly prospective Tethyan Metallogenic Belt,” he said.

The government has also intimated that a smelter might be established in order to maximise the value of the output. As per Prime Minister Imran Khan “ to ensure optimal utilisation of the nation’s mineral wealth the government is also considering setting up a smelter”.

A smelter utilises heating and melting to extract the metal from its ore. The refined product would naturally have a higher value in the global markets. However a smelter involves steep capital investments in the range of a billion dollars, not to mention it would also take another 2-5 years to build and is a very water intensive process. Reko Diq is located in a very arid part of the country.

Although a smelter in essence would optimise the value of the mineral resources, analysts are however sceptical of the government’s capacity to carry out such projects, while keeping the project economically feasible.

Logistics and transportation of the ore from the remote Chagai district to the international markets will also be challenging. Ideally extensive railway networks are the best options to maximise gains from economies of scale, however as it stands an extensive fleet of trucks would be doing that job.

More project details are expected to be released in the days to come.