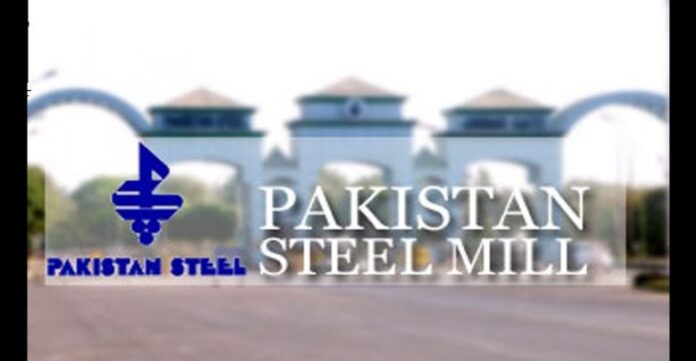 The Cabinet Committee on Privatisation (CCoP) has directed the ministries of Industries & Production to work with the Privatization Commission to remove all bottlenecks expeditiously for the revival of Pakistan Steel Mills (PSMC).

The Federal Minister for Finance and Revenue Miftah Ismail chaired the inaugural meeting of the CCoP. Chairman Privatisation Commission (PC) presented the roadmap for the current privatisation programme for reaffirmation by the newly constituted CCoP.

He presented the government’s plans for the revival of Pakistan Steel Mills (PSMC). The plan focuses on revival through significant foreign direct investment and technology transfer generating significant employment opportunities for qualified workers.

The committee was apprised of a recent successful due diligence visit by a team of BaoSteel, the world’s largest steel producer.

BaoSteel manufacturers 180 million tons of steel per annum and is one of four interested parties and plans to increase the capacity of PSMC.

CCoP unanimously welcomed the prospect of PSMC revival, entailing commercial leasing of 1229 acres of land and jetty, and directed ministries of Industries & Production, Energy and Maritime to work with PC to remove all bottlenecks expeditiously.

CCoP was apprised of the ongoing effort to recapitalize NPPMCL, the owner of two RLNG power plants in Balloki and Haveli Bahadur Shah. Earlier, PC arranged bids of Rs102 billion from a local syndicate of banks for NPPMCL which will release GOP funding and is currently working actively with relevant ministries to fulfil conditions precedent necessary for financial close.

Furthermore, Chairman PC tabled a summary on private sector participation in the management of DISCOs.

CCoP agreed that this is a critical area of focus and directed PC to take one DISCO at a time to pursue a concessional arrangement focused on enhancing their financial viability and service quality. Additionally, the transfer of DISCOs to provinces was also deliberated.

Minister of Finance apprised the Cabinet Committee on Privatisation (CCoP) of foreign government interest in investing in Pakistan. CCoP deliberated the modalities for negotiated Government to Government (G2G) commercial transactions and decided that it is not the domain of the Privatisation Commission.

CCoP directed the Ministry of Finance to formulate the proposal for structured transactions in coordination with relevant ministries for consideration of the Cabinet.

CCoP decided to reconvene and conduct a further review of the privatisation programme which is a high priority under the current economic situation.