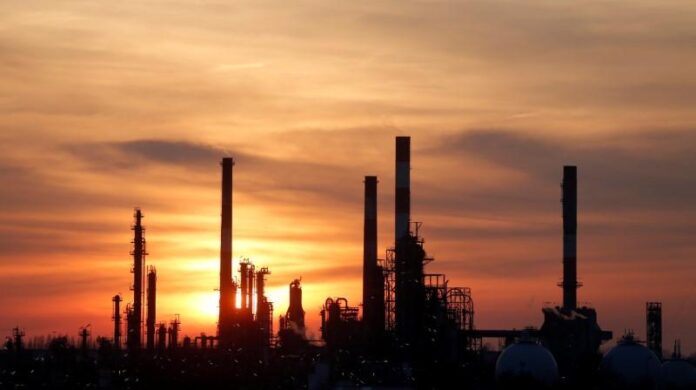 KARACHI: In separate letters on Friday, oil refineries responded to the Ministry of Energy on the question whether it is possible to import Russian crude, Profit has learnt.

In a letter written by the Ministry of Energy on the 27th of June, managing directors of four refineries were asked to conduct a detailed analysis into the option of importing Russian crude oil along with recommendations and submit responses in this regard by June 28.

The most fundamental question that has been asked before as well, is whether or not Russian oil is technically suitable to be refined.

According to the letter written by PRL in response to the Ministry of Energy, it evaluated major Russian blends and summarised that only three blends were suitable given the configurations of refineries.

According to PRL Sokol, which is essentially a light and sweet crude, Sokol has a larger proportion of intermediate distillates and a lower proportion of fuel oil. If Sokol were to be compared to other available grades, it would be PRL’s first choice of crude.

Espo is a medium-light mix with a somewhat sweeter crude. The only drawback is the increased amount of fuel oil it requires, and getting rid of it will always be a difficult chore.The Ural blend, however, is a combination of heavy, light, and sour crudes. It will be challenging for the refiner to fulfil the required product sulphur standard due to the higher sulphur content. Additionally, this crude has greater levels of fuel oil, which will always make product disposal challenging.

According to PARCO’s answer, preliminary technical evaluations show that some Russian crude grades are technically appropriate for processing at MCR in the region of 15% to 30% of the crude oil mix by substituting some of the existing grades.

The structure of National Refinery Ltd. lubricant refineries limits the range of feedstock, according to the letter sent to the Ministry of energy. They have occasionally tried in vain to find an alternative feedstock to Arabian light crude, which works with the refinery’s design.

Cnergyico analysed various blends based upon the refinery configuration, and provided a table that gives detailed information. The table is provided below ranked based on most suitable to least suitable.

With regards to the quantity and grades of the crude, given the information and other accessible data, as well as the fact that Urals has a sulphur content of no more than 1.4–1.6%, all of the aforementioned Russian crudes may be processed in PRL at a blend ratio of 75% Sokol, 50% ESPO, and 35% Urals, respectively.

Sokol crude is preferred by PRL. But after assessing the subject crude’s economic feasibility in contrast to other crudes that PRL is already processing, a final decision on its acquisition will be taken.

However, according to PARCO, the maximum of one or two cargoes of 70,000 MT can be handled at MCR on a monthly basis. Additionally, because the majority of Russian crude oils are heavier than our imported grades, they may be processed by substituting for Arab Light crude oil in order to regulate the product mix.

According to the NRL’s statement, they have a long-term contract with Saudi Aramco and are sustaining the present demand from lubricant refineries. The letter noted that until the techno-economic analysis indicates differently, NRL may not be able to process any additional crude.

Cnergyico highlighted the grades as well as the requirements for the 13 blends it has evaluated based on the configuration of the refinery.

A significant portion of PRL’s crude oil is imported from the Middle East, where shipping prices range from $1 to $1.50 per barrel. While the national carrier’s tentative price for freight from Russia’s KOZMINO load port to Karachi is $8.00 per barrel. Similar to this, it takes around 22 days to go by sea from KOZMINO port to Karachi.

The usual sailing time from Middle Eastern ports is roughly 4 days, according to NRL’s letter, but the projected journey time (one way) would be about 20 days without knowledge of the port of cargo leaving from Russia. Moreover, the route is probably going to go through conflict areas (the black sea).

Cnergyico also highlighted the same facts as the other refiners stated that the travel time from ports in Russia is very long, this would make it somewhat difficult to adjust to variations in demand. Furthermore they highlighted that apart from the higher freight costs, it might be economically and physically impossible to import from Russia. This is further complicated by the fact shipping companies are staying away from Russian ports as well for fear of sanctions.

PRL raised concerns over the payment mechanism needed to entertain Russian oil imports and said in its letter that payments would require a verified Letter of Credit (L/C) in USD from a first-rate bank. However, it is important to note that Pakistani banks are unwilling to open LCs for crude oil of Russian origin for fear of sanctions and the precarious economic situation domestically.

Similarly, PARCO stated that Russian businesses might not take payment in US dollars. Therefore, a payment system between Pakistan and Russia will need to be developed, and local banks will need to be encouraged to accept payments in rubles and to expedite the transfer of cash.

According to NRL’s analysis, import L/Cs are currently not being validated by foreign banks due to country risk. However, the government can set up a workable payment scheme. This however is easier said than done based on the current financial pressure being exerted on Russia.

Cnergyico also highlighted the same issues as done by the other refineries. The primary concern for local banks is sanctions based on interactions with Russian financial institutions. The matter is further aggravated by the fact that as the global economy is heading towards a recession, banks have also adopted a more risk averse approach.

According to term contracts with ADNOC, ARAMCO, and KPC, PRL has already committed to importing 1.2 million MT or 9.0 million barrels per year from the Arab Gulf region. After meeting its present obligations under its crude oil term contracts, PRL may consider processing an extra 300,000–400,000 MT annually.

PARCO has long-term contracts that commit to lifting 110.000 barrels per day (06 cargoes per month), with Saudi Aramco and ADNOC, While the term contract with KPC is also being finalised for upliftment based on necessity. PARCO  can additionally handle the acquisition of Russian origin crude oil without jeopardising their current commitments since Russian origin crude oil can only be processed in a specific quantity (15-30%), for a specific amount of time. However, in the medium to long term, PARCO suggested that it would need to lower their contractual volumes in order to regularly uplift Russian oil.

The only long-term supplier to NRL is Saudi Aramco, from which we import the Arabian light crude oil needed for their lubricant refineries. Additionally, the government and the Saudi Arabian government have an SFD agreement.

Cnergyico in its letter explained that uplifted quantities are a combination of both term contracts and spot cargoes based upon market conditions for each quarter. They clarified that they did have capacity to process Russian crudes based on the analyses provided in their letter to the Ministry of energy.

As things stand, it is highly implausible both economically and physically to procure Russian oil. Even though the public is in angst with the latest hike in fuel prices, procuring oil from Russia is not practical enough to ease the pressure on fuel prices or save the government any significant foreign exchange.