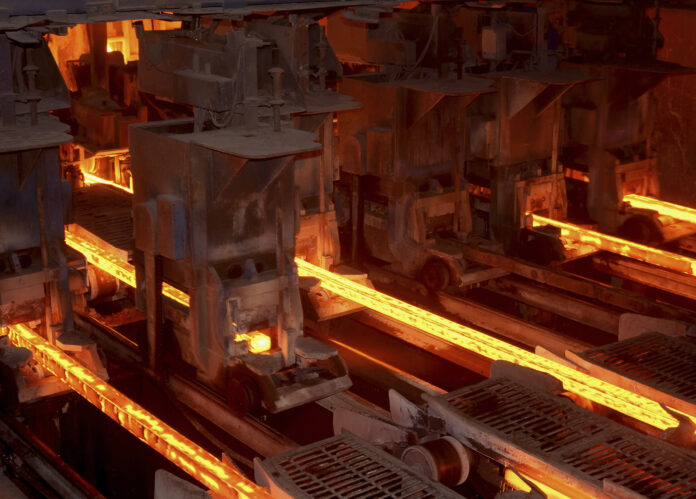 ISLAMABAD: Massive hikes in the electricity tariff have affected all segments of the society with the steel sector in Sindh’s provincial capital reporting a crisis-like situation due to rapidly rising input costs, Profit learnt on Sunday.
According to a letter written by the Pakistan Association of Large Steel Producers (PALSP) to a ministry concerned with the matter, NEPRA’s decision of issuing a Rs11.10 per unit hike in the energy tariff of June for K-Electric consumers under the head of Fuel Charges Adjustment (FCA) has created a crisis like situation for the sector.
The letter states that the recent hikes have dealt another blow to the steel industry which was already burdened by decade-high interest rates. “The industry has been receiving record high energy prices for material that was sold months ago under the garb of unjustified FCA surcharges,” it adds.
As per details, the overall electricity tariff has increased by 53.68% in a year from PKR18.20/kWh to PKR27.97/kWh and 39.16% in comparison to the past six months during which it increased from PKR20.10/kWh to PKR27.97/kWh. Additionally, FCAs increased almost 10 times in a year; the average FCA amount last year was around PKR1/kWh which is now around PKR10/kWh.
Through the letter, PALSP has lamented that electricity is becoming increasingly unaffordable for the steel industry. “One of the major causes of higher FCAs are increased input cost of oil and RLNG, however, the fact is that KE’s FCAs are higher due to RLNG cost charges on central power plants which should be partially charged at indigenous gas rates that will give relief to all domestic, commercial and industrial consumers of Karachi.”
LNG is approximately three to four times expensive than normal gas at the moment. According to the gas management and allocation policy 2005, the power sector is mandated as second priority to receive indigenous gas after domestic and commercial consumers, the letter stated, noting that a select number of blue-eyed industries are being prioritised against evidenced government orders as corrupt elements keep up mafia like activities.
According to Bukhari, Secretary General PALSP, businesses have to pay for FCA on goods that were already sold into the market months ago. During the manufacturing process, they have no clarity on what FCA they will receive in the future for products already sold. Unjust policies will lead to a massive decline in much needed industrialization for our Nation.
At present, the share of industrial sector in GDP stood at 21%, while it paid almost 70% of the total taxes collected. Shutting industries down today makes zero sense when our country needs maximum tax collection and jobs creation. The long steel manufacturers of Pakistan save our Nation with 3.8B USD import substitution through local manufacturing of rebars, a much needed saving for our dwindling reserves.
As the nation seeks to rebuild infrastructure, Pakistan cannot afford another 3.8 billion dollar impact on our reserves if the steel industry comes to a standstill.
PALSP strongly protest on the recent increase in tariffs and believes that the decision is the final nail and will have disastrous consequences for the steel industry (especially for Karachi based).
This increase would not only cause a surge in the cost of doing business for all the industries including the already suffered steel sector but also this will become counterproductive for consumers and have an adverse impact on the economy.
Business community believes that govt. has to devise some mechanism for the proper adjustment of FCAs at time and there should be some CAP on the adjustment rates.
Steel industry is heavy reliant on electricity because it is an energy intensive industry in fact cost of electricity is almost 20% to 25% of the total cost of producing steel. If it is already getting electricity at approx. Rs. 38 per unit (including tax) the current rise of Rs 11.10 per unit under FCA would cause a hefty increase in electricity bill and increase in steel prices by over 16,000 rps/ton. As the Nation seeks to rebuild its infrastructure after the torrential flooding’s, such policies spell disaster for our fragile economy.
PALSP further states that “cheap electricity is imperative for the survival of steel industry and if we want our domestic industry to compete, the industry must be facilitated with provision of electricity at competitive rates. The energy tariffs in Pakistan are amongst the highest in world and domestic steel industry is jeopardized by the high electricity prices. In Pakistan the price of electricity for industry is 0.176 $/Kwh. If we compare with other countries in Turkey it is 0.053 $/Kwh, Indonesia 0.075 $/Kwh, China 0.093 $/Kwh, Bangladesh 0.095 $/Kwh and Vietnam 0.076 $/Kwh.

The increase in oil prices, surge in energy prices, currency devaluation, high interest rates, additional high taxes and bullish trend in prices of scrap in international market is making situation worse day by day for the local steel industry. The cost of inputs is increasing rapidly and leaves manufacturers with no choice but to pass on the impact to the end consumer.

The steel sector has appealed to the government for its facilitation, adding that the government should look into issues being faced by the manufacturing sector as input costs are already on the higher side and profit margins regularly falling insufficient.
The steel industry is worried about the current market situation and fears that rapidly rising input costs might lead to industry wide closures. Where steel industry is one of the highest sources of tax collection and job creation for the government amongst other industries.
- Advertisement -
Facebook
Twitter
Linkedin
WhatsApp
Email
Previous articlePak Suzuki Motors bounces back after loss in Q2CY22
Next articlePML-N, PPP in tug of war over appointment of president NBP